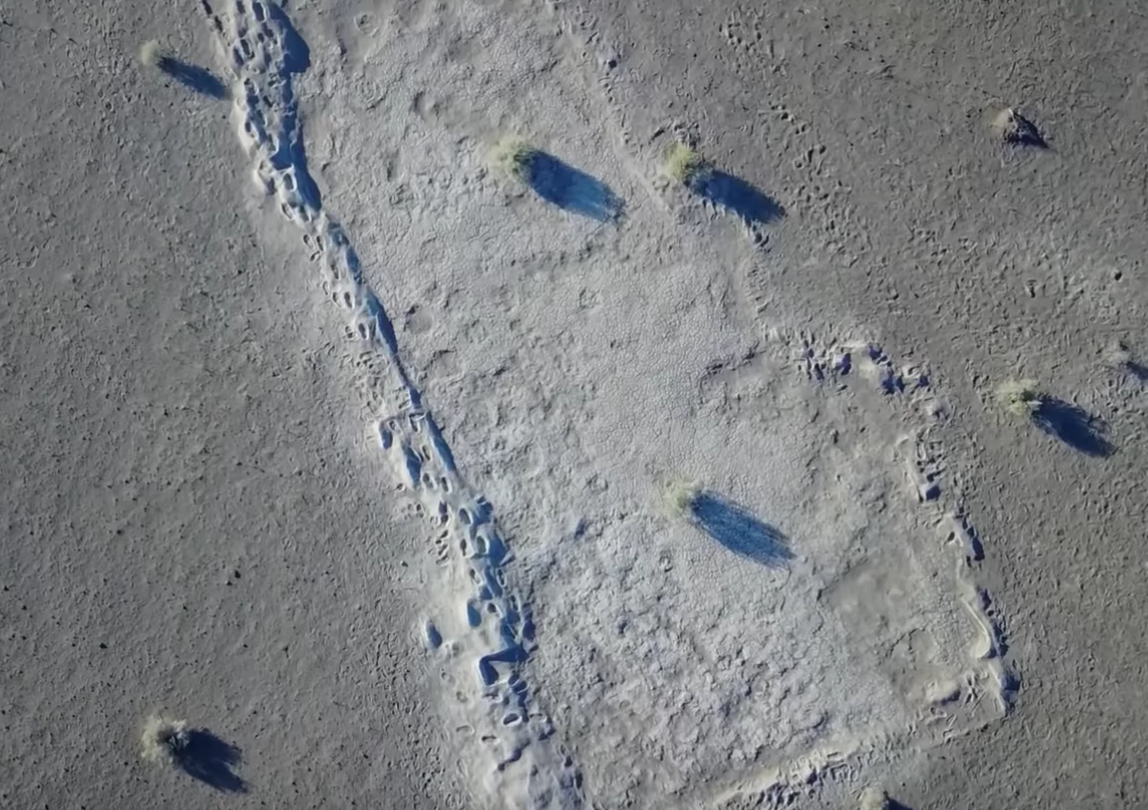 Over centuries, paleontologists have been able to paint a pretty vivid picture of what life was like on Earth before humans arrived, but long-extinct creatures don’t actually leave all that much behind. For beasts like mammoths which roamed the land tens of thousands of years ago, bones are often all that we have left, but a recently-discovered fossilized trackway in Oregon is providing researchers with a rare glimpse of how the animals socialized and cared for each other. The footprints, which were uncovered in a dry lake bed, are the subject of a new study which was published in Palaeogeography, Palaeoclimatology, Palaeoecology.

The footprints that make up the trackway might look like little more than heavy footsteps to the average person, but researchers have gleaned a surprising amount of information about the animals that made them. More specifically, the pattern and weight of each step hints that one of the larger animals in the group may have been severely injured and was being helped along by others.

“These prints were especially close together, and those on the right were more deeply impressed than those on the left-as if an adult mammoth had been limping,” lead author Greg Retallack, an earth sciences professor with the University of Oregon, explains. “These juveniles may have been interacting with an injured adult female, returning to her repeatedly throughout the journey, possibly out of concern for her slow progress. Such behavior has been observed with wounded adults in modern, matriarchal herds of African elephants.”

Modern day elephants are known to have some fairly advanced social systems, and it’s entirely possible that their ancient ancestors shared similar family bonds. If that is indeed the case, the tracks might be evidence of younger members of the group attempting to aid a sick or wounded family member.

Over 100 footprints were identified, but a specific section comprised of roughly 20 prints was focused on for the research. The University of Oregon produced a brief video showcasing their discovery, which you can watch below.

“Tracks sometimes tell more about ancient creatures than their bones, particularly when it comes to their behavior,” Retallack adds. “It’s amazing to see this kind of interaction preserved in the fossil record.”