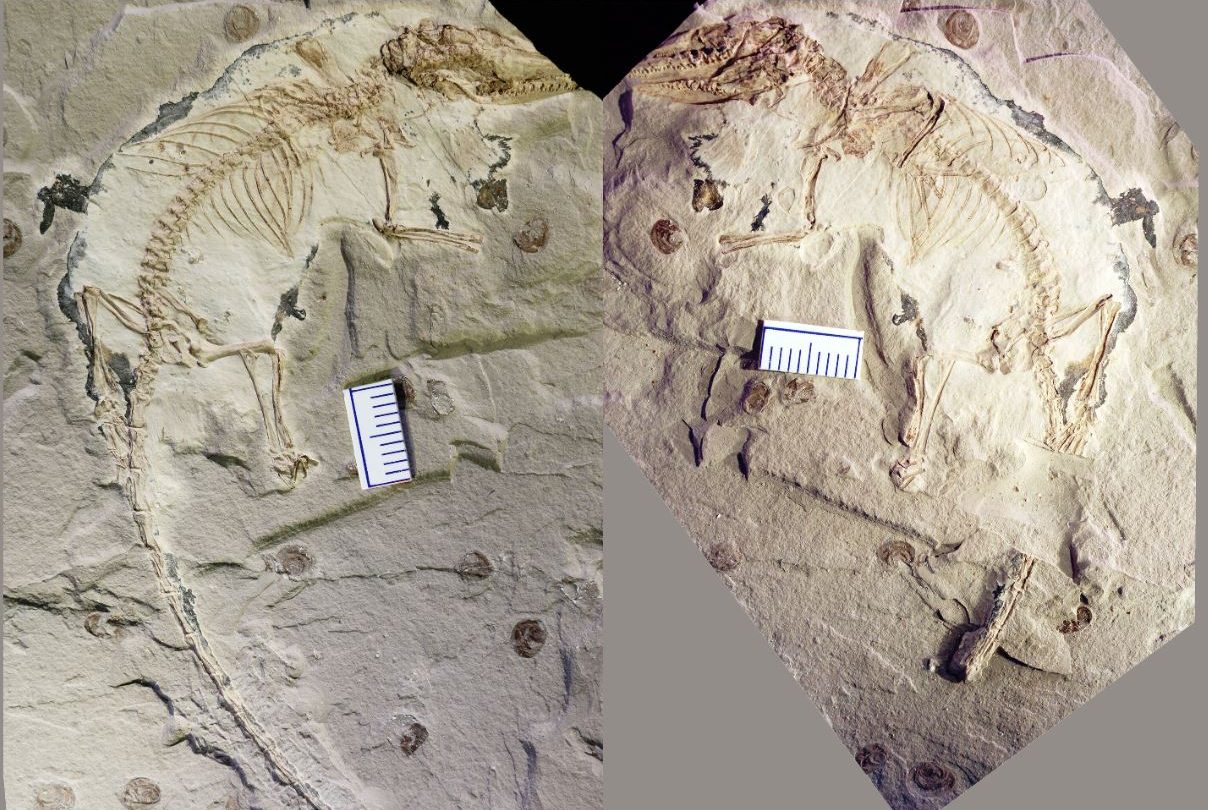 We humans tend to take our ability to chew and swallow for granted, but as mammals we actually have a pretty complicated system of bones and muscles helping us tackle our pizza slices and steaks. Determining when mammals developed their unique style of eating has been a topic of discussion among scientists for some time, and a new fossil discovery is offering some big clues.

The creature, known as Microdocodon gracilis, was an ancient mammal separated from the modern age by 165 million years. Going back that far, you might expect that its style of eating was quite a bit different than our own, but a new study says that’s definitely not the case.

The remains of the tiny rodent-like animal were preserved as fossils so perfectly that they shocked researchers. Among those remains was the creature’s U-shaped hyoid bones, which show strong similarities to those in today’s mammals.

These unique hyoid bones are what give mammals, including humans, the ability to chew food and move it into a position to be swallowed.  Other animals with less complex hyoid bones, like reptiles, for instance, have to bite and tear off large chunks of food to swallow or even just swallow their entire prey whole.

“It is a pristine, beautiful fossil. I was amazed by the exquisite preservation of this tiny fossil at the first sight. We got a sense that it was unusual, but we were puzzled about what was unusual about it,” Zhe-Xi Luo, senior author of the paper published in Science, said in a statement. “After taking detailed photographs and examining the fossil under a microscope, it dawned on us that this Jurassic animal has tiny hyoid bones much like those of modern mammals.”

This discovery suggests that at least some mammals already had complex hyoid bone structures during the Jurassic period, and offers researchers a better idea of how far they’ll have to look to find when mammals learned their current way of eating.