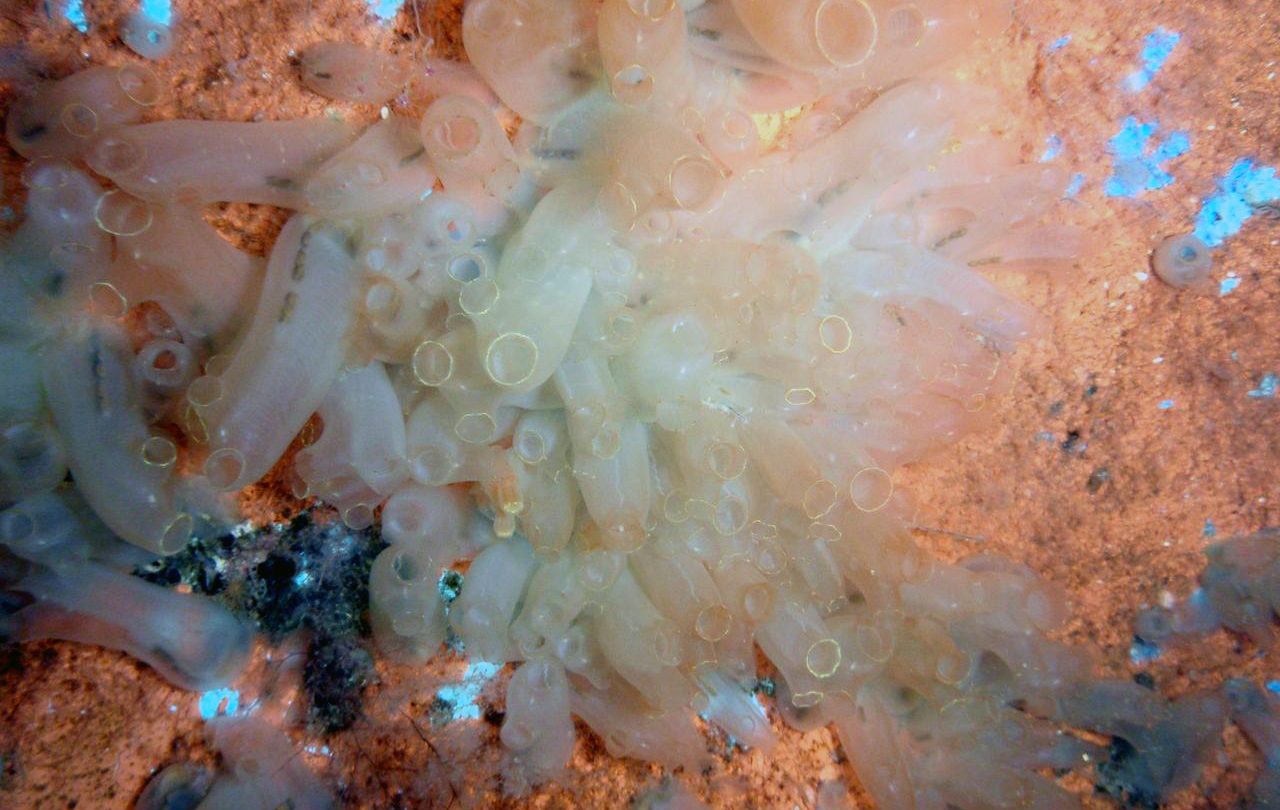 There are lots of interesting things to see if you stick your head under the ocean waves. There’s neat fish and crabs and, well, a whole bunch of other magical creatures. That is, unless you’re taking a dip below the surface off the coast of Maine, where you’ll instead be greeted by an army of weird blobs that shouldn’t actually be there.

A local news outlet Bangor Daily News reports, the strange flesh-colored gelatinous blobs are creatures known as “sea squirts.” There are many different species of sea squirts — officially called tunicates — but the ones that have taken up residence off the coast of Maine happen to look like rotten pancake batter. Neat!

So, why are they suddenly showing up near Maine? Scientists believe that the unusually warm waters along the coast have allowed the creatures to thrive where they otherwise wouldn’t be able to spread. A handful of new arrivals have come along with the warmer waters over the past few years, including invasive species of seaweed and crab.

Sea squirts don’t really do much after they find a place to latch on. They are filter feeders that suck in water and feed on whatever bits of material are floating by. They might seem harmless, but they can be a major headache for fishermen and scientists due to their habit of engulfing structures and even nets used to harvest crustaceans.

Tunicates also have a habit of muscling out other species that feed along the ocean floor. They can completely blanket large areas and reproduce rapidly, making it hard for other animals to sustain themselves. Their natural predators including crabs, but they reproduce faster than they can be hunted, making it nearly impossible to keep their populations in check.

As for what can be done about the blob-like animals, nobody really seems to have a solution. Killing them by bringing them above water is easy enough, but stopping the growing numbers on the ocean floor is obviously a much more challenging task.