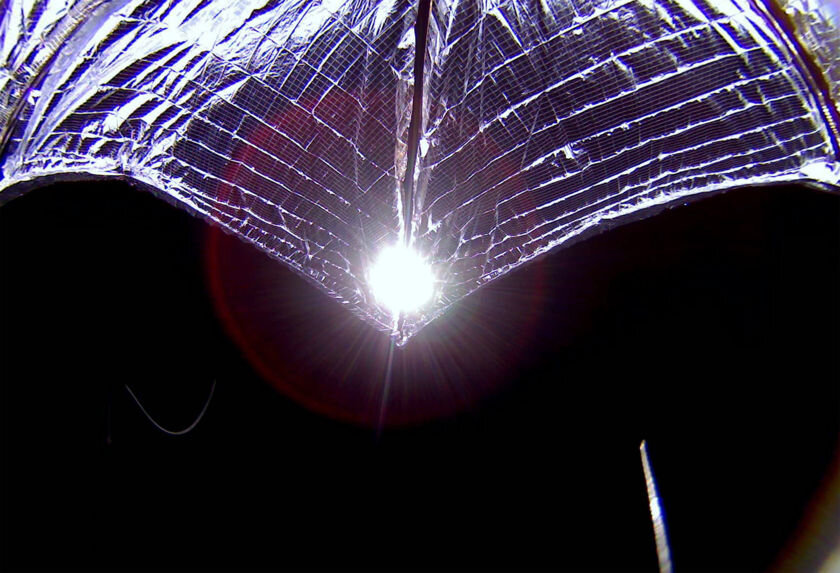 The idea seems totally crazy: A spacecraft with no active propulsion system that can travel through space using light in the same way that a sailboat uses wind. Physics tells us it’s possible, but until scientists could prove it, it remained a good idea on paper only.

Now, with the launch of the crowdfunded LightSail 2, we can finally see the innovative theory put into practice. In a news release from the Planetary Society, researchers declare the LightSail 2 a success, with measurements showing that the spacecraft has indeed begun to travel away from the Earth after unfurling its solar sail.

According to the scientists behind the project, LightSail 2 has successfully raised the highest point of its orbit, and it did so without any conventional built-in propulsion system. It took a couple of tweaks to the spacecraft’s orientation to get it right, and the team made several optimizations to the sail along the way, but all the work paid off.

“We’re thrilled to announce mission success for LightSail 2,” said LightSail program manager and Planetary Society chief scientist Bruce Betts. “Our criteria was to demonstrate controlled solar sailing in a CubeSat by changing the spacecraft’s orbit using only the light pressure of the Sun, something that’s never been done before. I’m enormously proud of this team. It’s been a long road and we did it.”

Finding new ways to travel through space is incredibly important if we ever plan on exploring distant planets and, eventually, other star systems or even other galaxies. A propulsion technique that requires no fuel is a very big deal, and could open the door to new options for both unmanned and manned missions in the not-so-distant future.