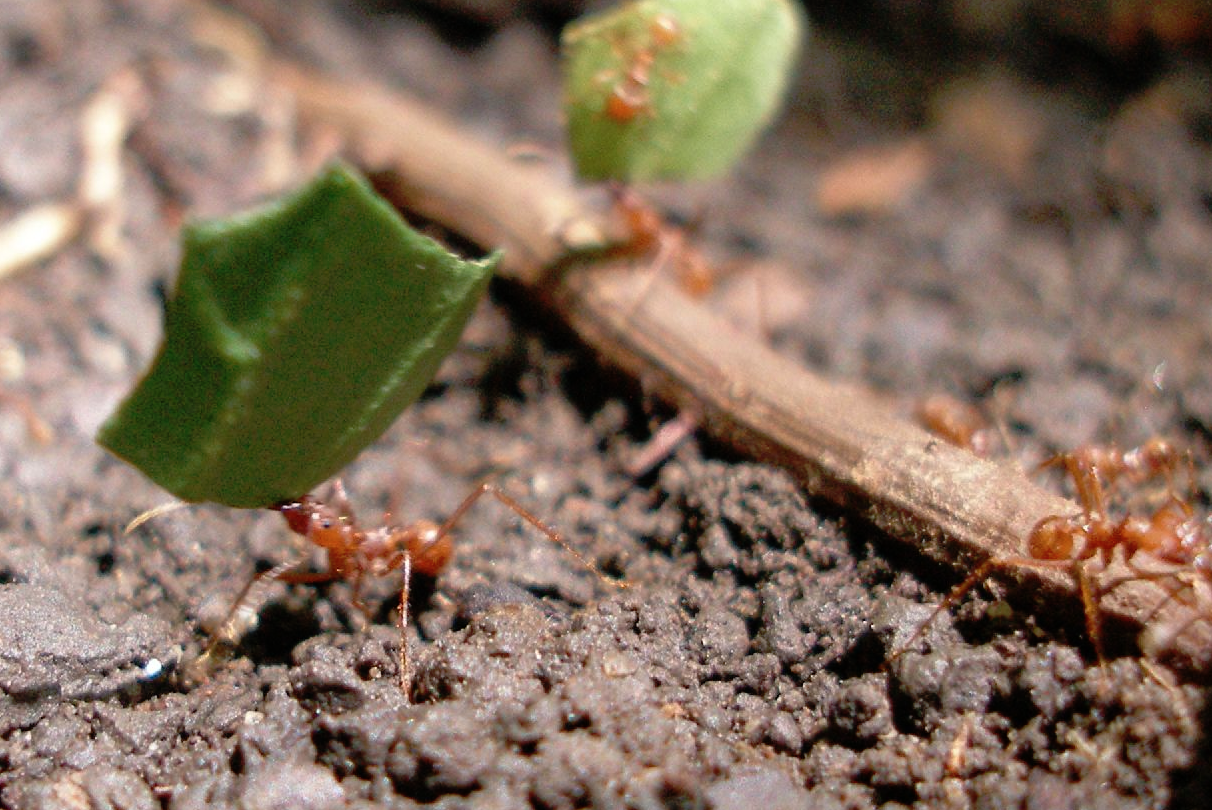 The fact that cows produce a ton of greenhouse gas in the form of methane is science factoid that people tend to pull out in casual climate discussions (you have those, don’t you?). As it turns out, one of the other major natural contributors of greenhouse gas is a creature that is a whole lot smaller but a lot more numerous.

In a new study published in Proceedings of the Royal Society B, researchers from the University of Montana reveal that leafcutter ants are also major gas producers, pumping out incredible quantities of a different gas, nitrous oxide.

Leafcutter ants, which are prevalent in many parts of the continent, do exactly what their name suggests. After trimming chunks of leaves from foliage the ants tend to form piles of the organic matter in order to promote the growth of fungus that they then eat. One of the byproducts of this farming method is huge quantities of nitrous oxide.

“You can’t walk through a tropical forest without seeing them stripping leaves, marching in long lines and excavating nests,” researcher Fiona Soper said in a statement. “Our research in Costa Rica shows a previously unsuspected role for these ants in tropical forests: creating emission hotspots for the greenhouse gas nitrous oxide.”

The science team surveyed almost two dozen leafcutter ant colonies during a trip to Costa Rica and discovered that these piles of decaying plant matter are capable of producing twice as much nitrous oxide as the surrounding rainforest. The team even compares the amount of gas generated by the plan piles to “cow manure lagoons.”

“Leafcutter ant colonies are very organized, putting all their waste into colony dumps, much like our landfills or compost piles,” Soper explained. “These landfills create ideal conditions for the bacteria that make nitrous oxide, creating point emissions that can rival human-engineered systems such as wastewater treatment plants.”

The team is quick to point out that the ants aren’t on the hook for climate change — it’s still abundantly clear that mankind is far and away the primary contributor to that environmental crisis — but the gas production is still worth further study.