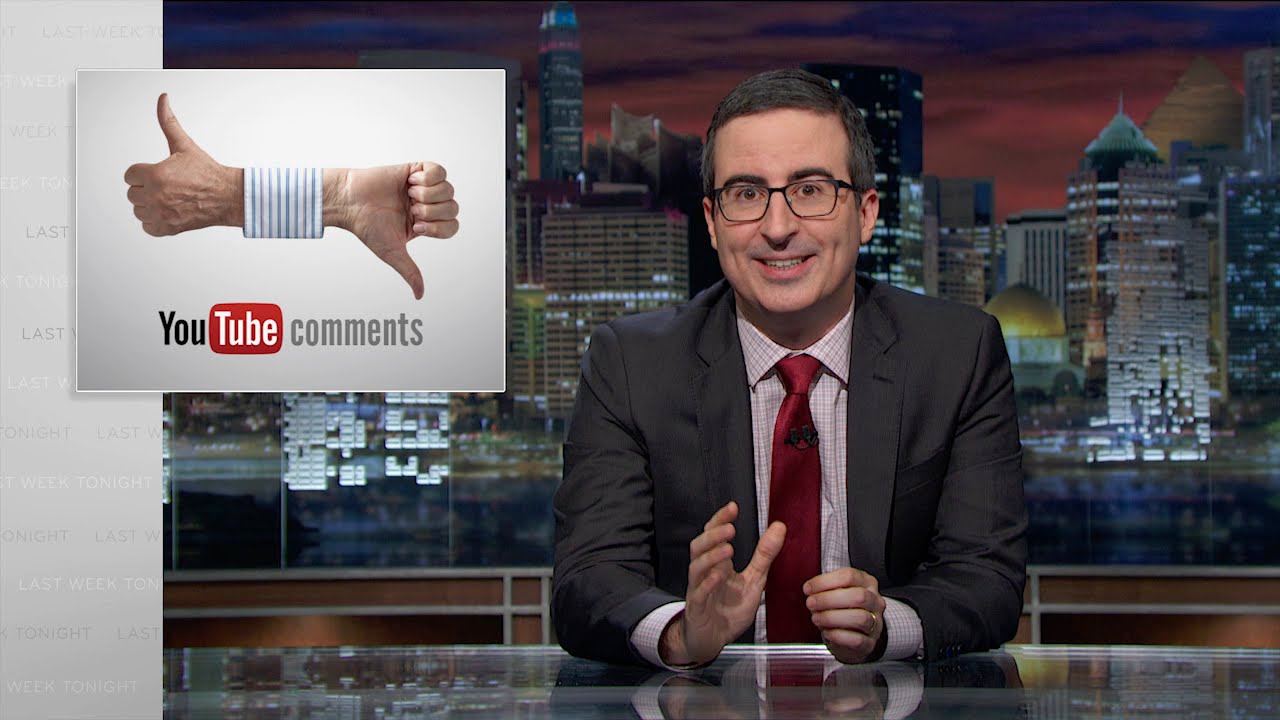 They say you shouldn’t pick a fight with someone who buys ink by the barrel. So what about about YouTube-heckling a comedian with his very own writing team and a lot of spare time?

Last Week Tonight‘s John Oliver is off the air for a few weeks, and as per usual, he’s filling the time with a few web-only short clips. This week, we’re getting his verdict on the ‘fan mail’ he often receives, through the medium of YouTube comments.

DON’T MISS: The iOS 10 beta might lock you out of your Apple ID

I’d like to say the comments offer a well-thought-out critique of Oliver’s use of comedy to approach serious socio-political issues, but who are we kidding? These are YouTube comments, so the only creative outlet on display here is trying to think of new insults for the show.

Much as the “Celebrities Read Mean Tweets” genre works to make fun of social media bullying, Oliver’s YouTube comment special takes the hatred out of YouTube comments. It’s hard to think that people seriously hate you when they’re describing you as a paedophilic Pokemon, after all.

Even if the comments hurt Oliver somewhere deep down, at least he’s got the overwhelming success of Last Week Tonight to fall back on. It’s not long ago that Oliver was a fringe TV comedian doing guest appearances on BBC’s Mock The Week; now, he makes anti-Donald Trump videos that get a million views on Facebook and break overnight viewing figures.