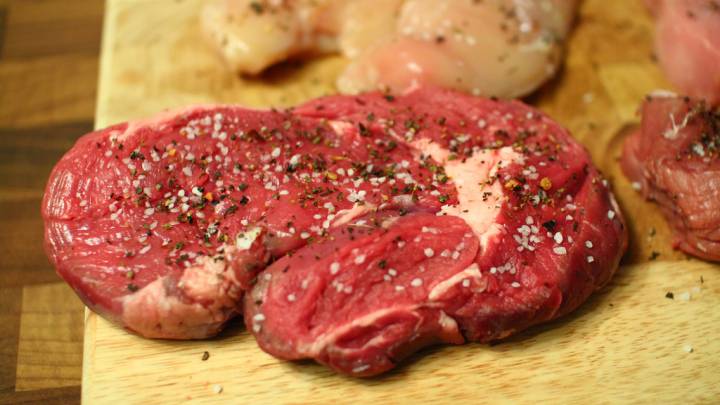 For people who have chosen not to eat meat or animal products for ethical reasons, one of the biggest arguments against the practice is that the animals that are harvested for their bodies are often treated incredibly poorly by their owners. We’ve all seen the horrific images taken (often secretly) from within mega-farms where an animal’s quality of life is secondary to the efficiency with which they can be turned into profit. But what if we could have meat without animal casualties?

A pretty incredible new movement is underway to develop lab-grown meat products that are produced without the need for animals to be slaughtered. It’s called cellular agriculture, and a new report from NPR discusses the fact that not only is the technology advancing at a breakneck pace, but that lab-grown meats are already being consumed by humans.

This animal-free meat is grown using cells taken from healthy animals — like a cow, chicken, or duck — but without harming them. Those starter cells are then grown into larger chunks of meat which are completely clean of any antibiotics or other substances, and can be used as food. The animal keeps its life but the meat hits the dinner table just the same, and because it’s actually real meat you’d never know if you were eating meat from a slaughtered animal or a meal grown in a lab.

Cellular agriculture is a lot different from the many meat-replacement options that have been met with middling popularity in recent years. Whereas “fake meat” products can be made to taste similar to actual meat, the food is actually entirely plant-based. Lab-grown meat is real meat, but no animal was harmed or killed to provide it.

At the moment, this intriguing alternative to traditional meat production is incredibly pricey. That’s to be expected with any new technology, but there’s also a certain mental hurdle that consumers would have to overcome in order to embrace meat that’s been created by man rather than by nature. Nevertheless, the production of animal-free meat alternatives is pushing forward in a big way, and it might not be long before your hamburger comes from a lab rather than a farm.