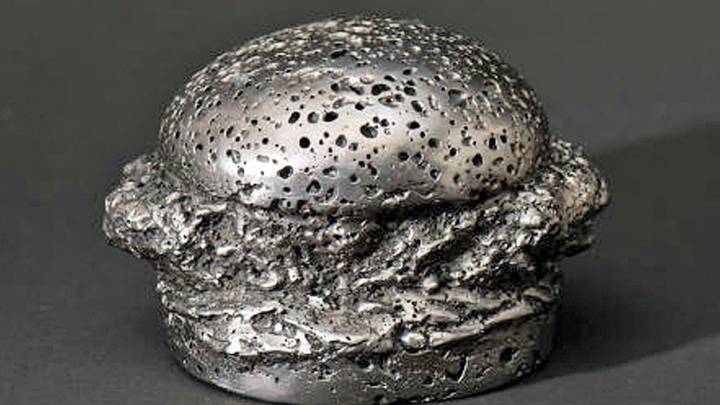 There are lots of rocks floating around out in space, but when they find their way to Earth they suddenly become extremely valuable as collector’s items. There’s a whole industry devoted to buying and selling pieces of space rock that have landed on our planet, and people pay big bucks for the most impressive specimens. KFC — yes, the fried chicken chain — is apparently interested in getting into the business of slinging space junk, and it’s put a meteorite up for sale on its online store… only this one is a little, well, weird.

The rock, which weighs in at nine and a half pounds, measures nearly six inches across and almost four inches tall. It’s a piece of genuine space rock, or so KFC claims, but rather than simply let the metallic hunk of material remain in its god-given shape, the company hired a trio of artists to carve it into the shape of a chicken sandwich. This might sound like the perfect April Fool’s gag, but this is indeed 100% real.

So, how much do you have to pony up to say you own a sandwich-shaped meteorite? A cool $20,000. That’s not entirely insane, however, as even small chunks of meteorite can fetch several thousands of dollars, and this impressive chunk also has some pop culture appeal. That being said, I won’t be buying it, but someone most definitely will.