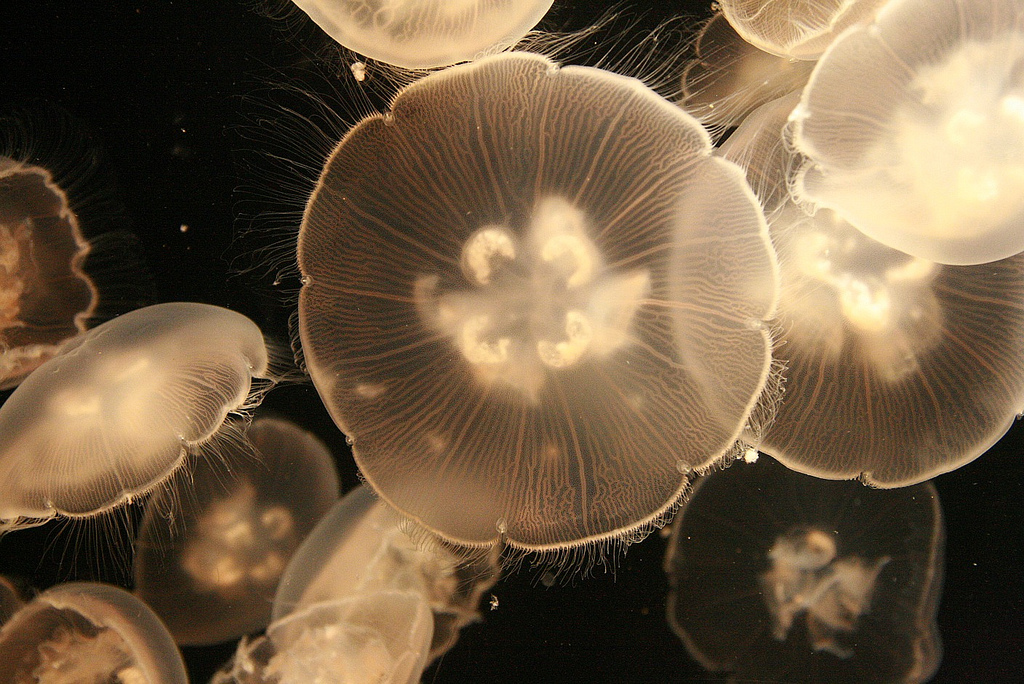 When you think of jellyfish you probably imagine them drifting listlessly in the ocean current, but there’s actually several places on Earth where jellyfish thrive in landlocked marine lakes. These lakes, which are filled with saltwater, can sometimes pop up in unexpected places. Researchers working in Indonesia have discovered a whopping 42 new, undocumented marine lakes in the country, and several of them are teeming with friendly jellyfish.

Saltwater lakes aren’t terribly common, and there are only a couple of hundred which are known to exist throughout the world. That makes the addition of dozens of new bodies of water a pretty remarkable thing. Working with the National Geographic Society, marine biologist Lisa Becking and her team of researchers discovered the surprising sea-like lakes during a trip to Indonesia, documenting their diversity and helping to flesh out conservation plans to ensure they continue to thrive.

Of the wide variety of creatures Becking and her team observed during their trip, the inland jellyfish are some of the most interesting. Various species of jellyfish, including moon jellies and golden jellies, occupy the lakes and drift near the surface where they soak up sunlight and as it beams down. They follow the path of the sun across the sky, ensuring that they can catch as many rays as possible, shying away from shade whenever possible.

Unlike many ocean-dwelling jellyfish, these quirky blobs aren’t actually dangerous to humans. Their mild stings don’t even register for us, and divers can swim right through them with little worry. As National Geographic reports, Becking even took a swim with the jellies herself and enjoyed the experience.

“They move on their own and they’re just sort of bumping against you all the time,” Becking told the site. “Very much like a cat, although I don’t think they’re actually asking for attention like cats do.”

Now, it’s up to Becking and her team to work with the local government and officials to map out a conservation plan to prevent the delicate ecosystem, and the wellbeing of the friendly jellyfish, from deteriorating.