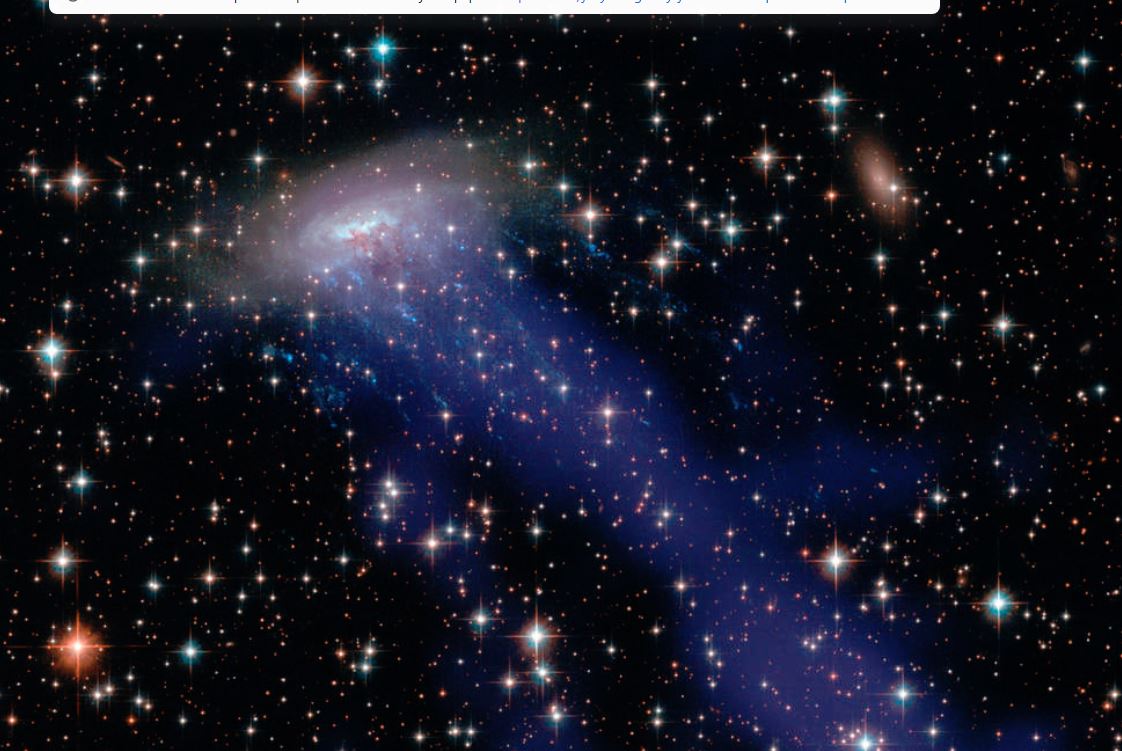 Galaxies come in many different shapes and sizes, but you’d be hard pressed to find one more interesting than ESO 137-001. What the galaxy lacks in a flashy name it more than makes up for with an eye-catching appearance, looking like some kind of massive jellyfish floating through space.

A blurry spiral trailed by long strands of gas and stars, the galaxy is a great candidate for further study, and NASA plans to do just that. In a new blog post, NASA reveals that it plans to use the James Webb Space Telescope to study the galaxy and the mechanics that drive it.

ESO 137-001 presents a unique opportunity for astronomers to learn about galaxies that form large galaxy clusters. This quirky jellyfish is part of a larger cluster of galaxies. When a galaxy begins to be drawn into a cluster it may be forced to endure a process scientists call “ram pressure stripping” in which gas surrounding a galaxy cluster actually strips a galaxy of gas and dust as it is being drawn in closer.

“Both gas and dust are getting stripped off, but how much and what happens to the stripped material and the galaxy itself are still open questions,” Stacey Alberts of the University of Arizona, who is working with NASA to study these effects, said in a statement.

How quickly NASA and its associates can get to work studying this and other interesting features of the cosmos depends entirely on the progress of the James Webb Space Telescope, which has been plagued by miscues, failures, and budget overruns on the part of its builder, Northrop Grumman. The company has come up short repeatedly, forcing multi-year delays and sticking the U.S. government with a bill that is now over ten times that of the original budget.

The now-$10-billion project came under scrutiny from lawmakers last year when an independent report blamed much of the trouble on a bunch of dumb human errors on the part of Northrop Grumman. The company, for the record, refuses to shoulder the financial burden of those mistakes.