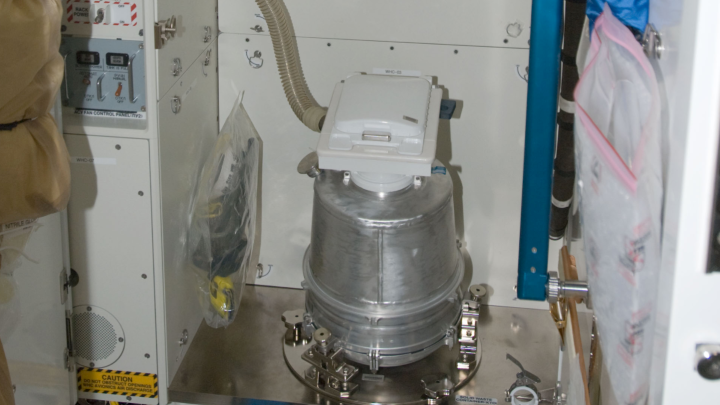 Spending a few months aboard the International Space Station is a privilege that only a tiny fraction of people will ever experience. We can only imagine how thrilling it must be to spend your days falling around the Earth while performing groundbreaking research and playing games in space. But being an astronaut also comes with some serious compromises, and one of the most dramatic relates to bathroom habits.

In an interview with Business Insider, NASA’s Peggy Whitson offers a few unpleasant details regarding the bathroom situation onboard the ISS, and it sounds downright awful. If you’re eating something right now, go ahead and put it down for a couple of minutes.

You don’t see it very often in NASA’s own photography of the space station’s interior, but the ISS does indeed have a bathroom of sorts. Well, it’s really more like a pod, and perhaps a couple steps below an airplane toilet in terms of creature comforts, but it’s better than a diaper!

The toilet doesn’t look like anything you’d probably ever want to sit on, but it’s a high-tech piece of equipment. A metallic base unit provides suction for excrement, which is then sealed in airtight bags and tossed along with the other trash that the crew inevitably creates during their stay.

Unfortunately, the zero-gravity environment makes poop placement more difficult than anyone would like. “After it starts getting full you have to put a rubber glove on and pack it down,” Whitson noted. If the process isn’t handled with the utmost care, it can result in airborne turds drifting around the room which have to be gathered and put back where they belong. Fun!

As awkward and potentially messy as this all sounds, it’s probably a small price to pay to see the Earth from above and, you know, further the progress of humanity and whatnot. It’s also probably cleaner than most gas station bathrooms.