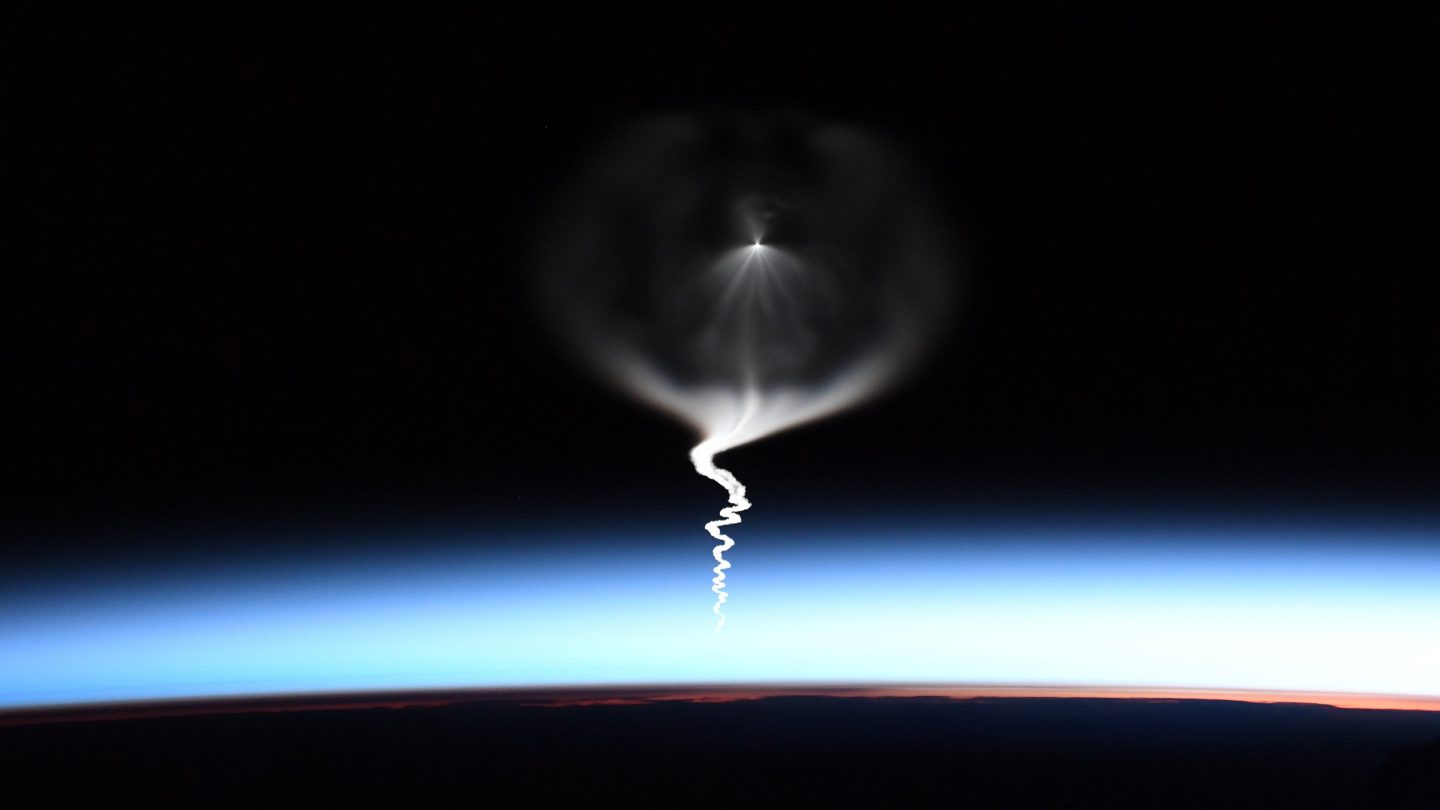 Earlier this week, the International Space Station welcomed a trio of new travelers. The mission brought NASA’s Jessica Meir, Russia’s Oleg Skripochka, and Hazzaa Al Almansoori of the United Arab Emirates to the space station, and as always, the arrival of new crew members was a big deal aboard the orbiting laboratory.

NASA astronaut Christina Koch, one of the current ISS residents, was particularly excited for the space travelers to arrive, thanks in large part to the fact that she considers Meir a close friend. While she was waiting for her space-faring buddy to arrive, Kock tweeted out an incredible photo she snapped of the Russian Soyuz spacecraft en route, and it’s a sight to behold.

There’s a lot to unpack about the photo, but let’s start with the most obvious thing: The long, wiggly tail you see is smoke trailing for miles behind the spacecraft as it speeds toward the ISS. The bright point in the center of the smoke cloud is the spacecraft itself, and as Koch notes in her tweet, it was in the midst of firing its second stage.

What it looks like from @Space_Station when your best friend achieves her lifelong dream to go to space. Caught the second stage in progress! We can’t wait to welcome you onboard, crew of Soyuz 61! pic.twitter.com/Ws7tInY58P

Another angle of the spacecraft making its way to the ISS was posted on Instagram, and it’s equally breathtaking:

As some have pointed out on Twitter and elsewhere, there’s not much in the way of visible stars in the image. Of course, that has fueled the engines of the “space is fake” folks who like to pretend that everything NASA posts is a farce, but in this case, the lack of stars is simply a matter of the camera’s exposure. The incredibly bright glow of the sunlit atmosphere (and rocket exhaust) essentially drowns out the tiny specks of light we’d normally see from distant stars.

The crew safely arrived at the space station shortly after Koch’s photo was posted, and are now settling in.