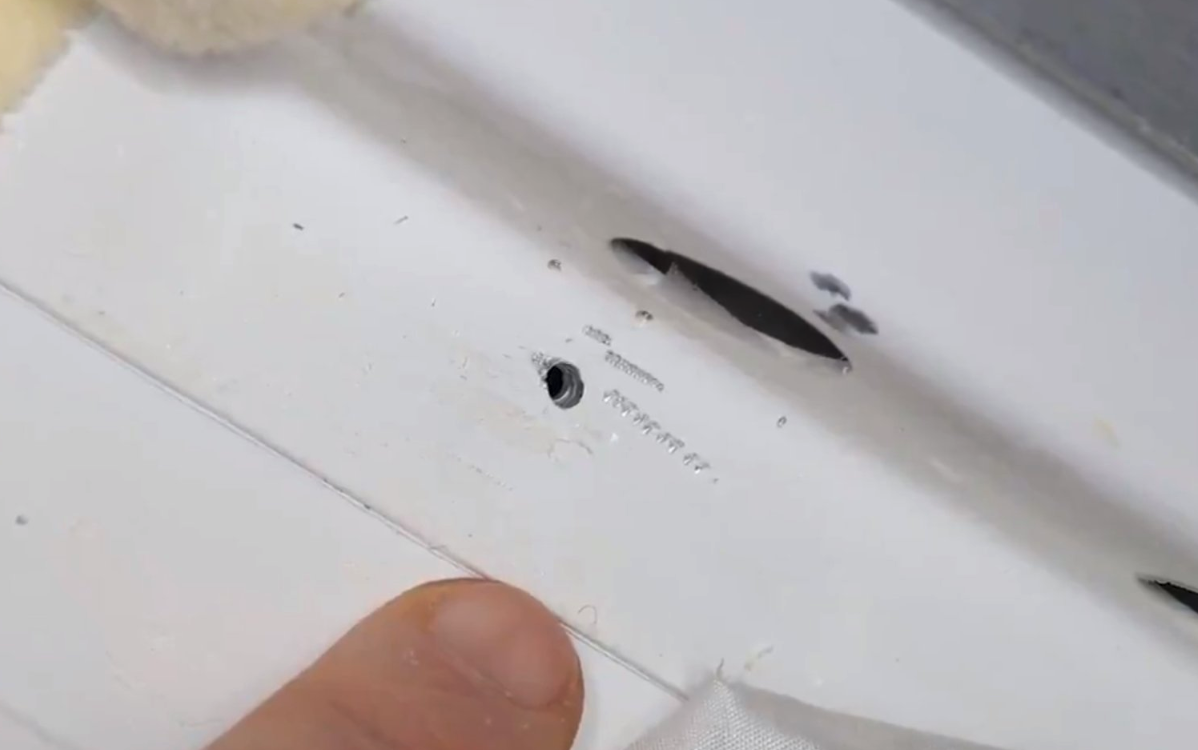 The tale of the mysterious hole that turned up on a spacecraft attached to the International Space Station continues to get stranger. In a new report from Russian news group TASS, whoever drilled the hole might have damaged more than just hull itself.

Citing unnamed sources, TASS reports that when the hole was found the crew aboard the ISS conducted a detailed analysis of the damage. One of the tools they used was an endoscope, which they used to see what was on the other side of the hole. When they sent the images and video back to Earth, the Russian space agency discovered damage to a component lying on the other side of the hole. Big yikes.

So, what exactly is damaged besides the hull? Oh, you know, nothing much. Just the anti-meteorite shield that, as its name implies, protects against friggin’ space rocks.

“Traces of drilling have been found not only inside the spacecraft’s living compartment, but also on the screen of the anti-meteorite shield that covers the spacecraft from the outside and is installed 15 millimeters away from the pressure hull,” the source told TASS. “The top of the drill came through the pressure hull and hit the non-gastight outer shell.”

That’s just fantastic, and I’m sure (if true) this is all very comforting for the crew members who have to actually ride this thing back down to Earth in the not-so-distant future. The spacecraft is essentially the crew’s “lifeboat” aboard the space station should anything go catastrophically wrong. Having a hole in the hull of your lifeboat — even a patched hole — is not a great feeling.

The TASS report offers a few other new details about the investigation into where and when the hole was drilled. According to the source, all the components of the spacecraft were photographed during the final assembly process, and no damage is present in those photos. That means the hole was drilled either just before work on the spacecraft was finished or during its lengthy inspection period.

Russia still hasn’t revealed whether it has a suspect in the investigation or any further details as to who might have been responsible. Early reports suggested that the culprit might have already been found internally, but nothing has surfaced since those rumors began to swirl.