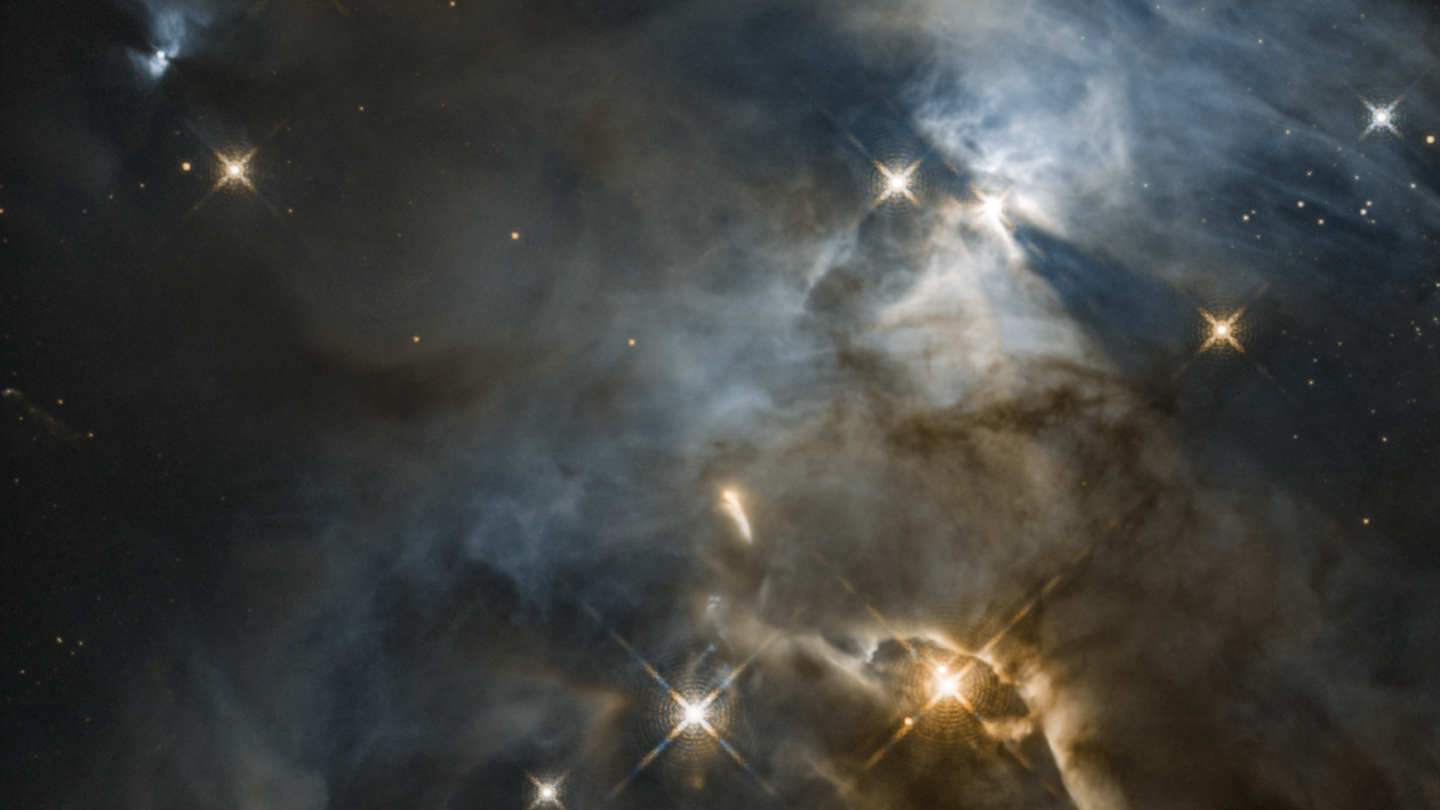 Take a look at the glorious image above and see what details you can spot. There’s a handful of bright stars and lots of dust and loose material floating around that might eventually coalesce into stars, planets, or moons. There are also some very distant stars that appear as tiny dots scattered about. There’s enough to take in that you might have missed one of the most interesting features of image: a “bat shadow,” as NASA calls it.

Take a look toward the right-hand side of the image and you’ll see a bright dot sitting between what appears to be two very dark triangular shadows. That’s a newborn star, and the shadow being cast by a wealth of material orbiting it. 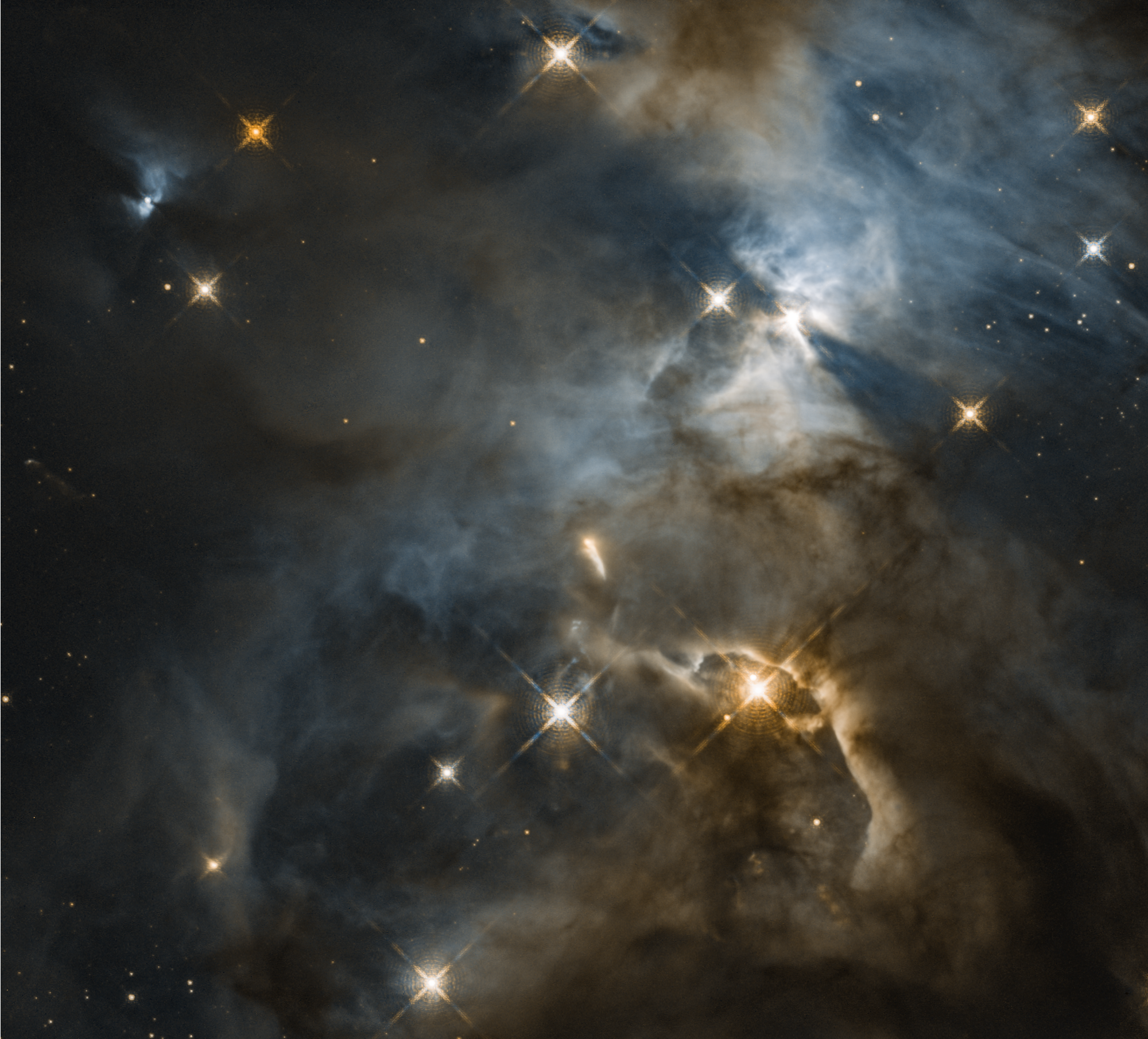 That so-called “bat shadow” is an indication that the star is surrounded by a disc of matter that will eventually form the features we see in places like our own solar system — namely, planets and moons and asteroids. We can see the bright shine of the star but if we were directly in line with its disc, it may be partially shrouded in the same shadow we see beaming from either side of it.

Astronomers using a previously captured Hubble imagery spotted a remarkable image of a young star’s unseen, planet-forming disk casting a huge shadow across a more distant cloud in a star-forming region. The star is called HBC 672, and the shadow feature was nicknamed the “Bat Shadow” because it resembles a pair of wings. The nickname turned out to be unexpectedly appropriate, because now those “wings” appear to be flapping!

Wait, flapping? It’s true! Hubble’s observations of the faraway system appear to show changes in the shape and orientation of the shadows, suggesting that the ring of debris circling the star isn’t uniform, and the light beaming from the star takes on sightly different appearances based on the shape of that ring. The wobble of the ring may be due to a planet also orbiting the star, embedded within the debris disk.

“You have a star that is surrounded by a disk, and the disk is not like Saturn’s rings – it’s not flat,” Klaus Pontoppidan of the Space Telescope Science Institute said in a statement. “It’s puffed up. And so that means that if the light from the star goes straight up, it can continue straight up – it’s not blocked by anything. But if it tries to go along the plane of the disk, it doesn’t get out, and it casts a shadow.”