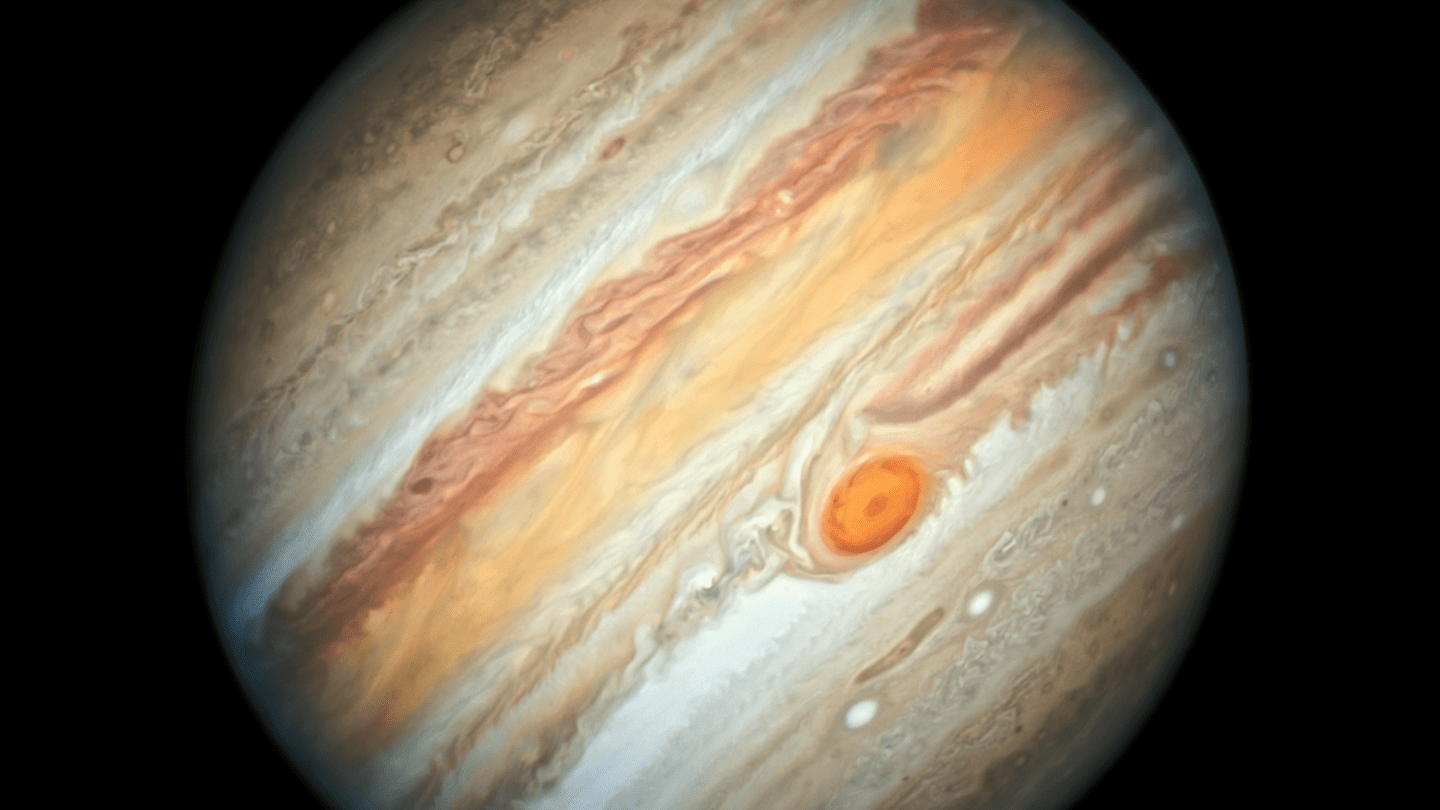 The Hubble Space Telescope is really, really good at spotting distant objects in space, but it’s just as well-suited for catching a snapshot of planets that are a lot closer, like our very own Jupiter. On June 27th the spacecraft did just that, and the resulting image (and animation) might be one of its finest ever.

The photo, which NASA has chosen to highlight in a new post, shows the gas giant in all its glory. We get to see the player’s intricate cloud layers, raging storms, and of course the iconic Great Red Spot.

Researchers have learned a lot about Jupiter over the years, including the fact that the planet’s thick clouds are made of ammonia. The different bands often flow in opposition to each other thanks to powerful jet streams, turning the borders of each band into swirling masses of clouds.

Jupiter is also famous for its incredible storms, the largest of which is the Great Red Spot. The rust-colored storm is an absolute giant, but it’s actually a lot smaller today than it once was. Astronomers believe that the storm may actually completely die within our lifetime, fizzling out within a few decades.

Understanding what forces make Jupiter tick is important for researchers as technology allows us to peer deeper into space than ever before. Many of the exoplanets astronomers have found are gas giants as well, and some of them are much closer to their star than Jupiter is from our Sun. These so-called “hot Jupiters” are common, and scientists are eager to learn more about how they form and the processes at work deep within them.

Perhaps one day we’ll launch a mission capable of piercing Jupiter’s atmosphere and telling us what lies within, but until then we’ll just have to enjoy the glorious eye candy that Jupiter provides.