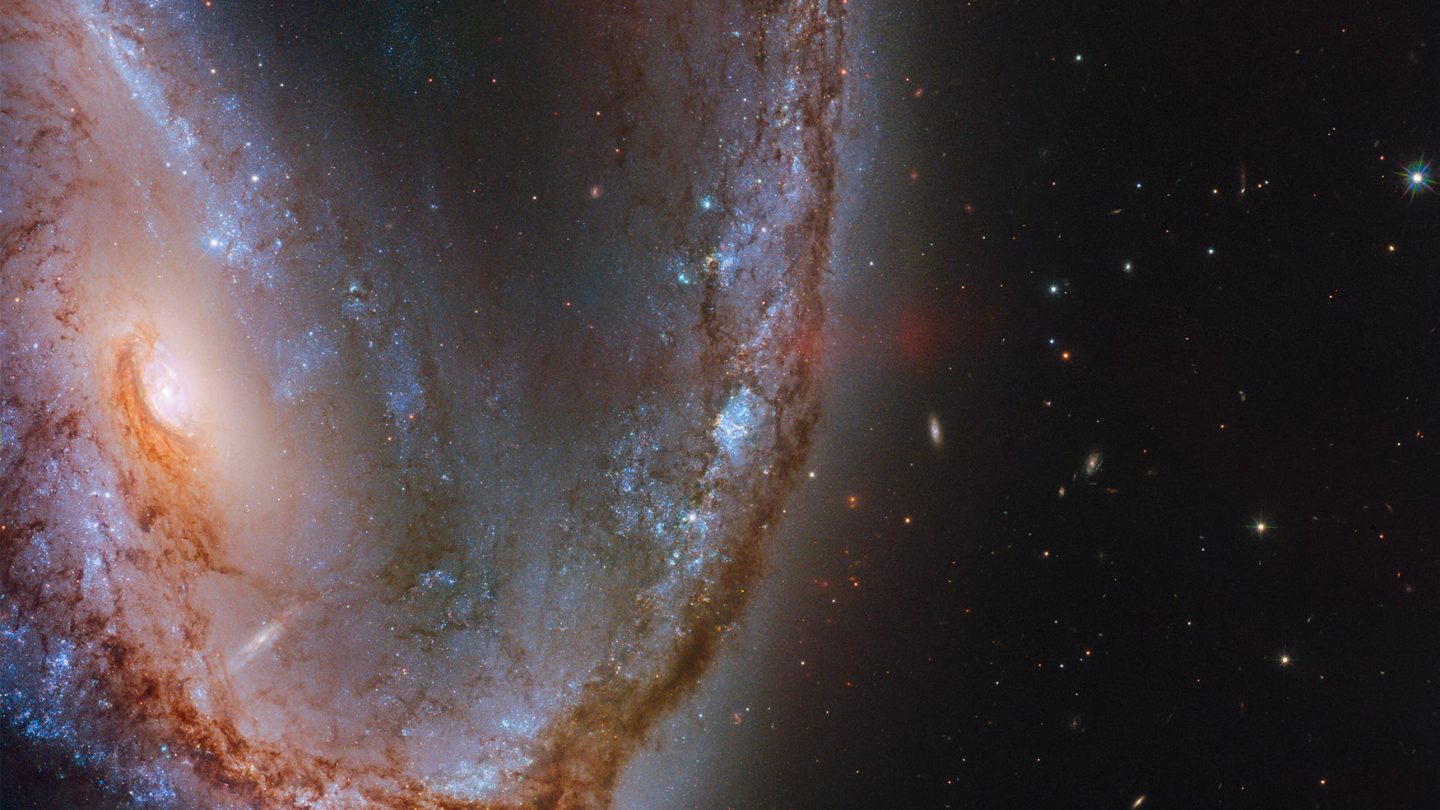 Our home galaxy, The Milky Way, is thought to be a relatively run-of-the-mill spiral galaxy. It’s got long, curved “arms” and a center that is packed with activity. A supermassive black hole is thought to be hiding out there, which scientists think is common for many galaxies. The galaxy named NGC 2442 is most certainly not run-of-the-mill, and as Hubble reveals in a stunning new photo, it’s a real weirdo.

The galaxy is incredibly asymmetrical, looking like a giant hook of sorts. It’s this unique shape that has led astronomers to nickname it the “Meathook galaxy.” It’s also home to a recent supernova explosion, which makes it of special interest to scientists.

Supernovas happen when a star of a certain mass dies. In the case of NGC 2442, NASA believes that a binary pair of stars were responsible for the explosion, which one of the stars constantly sucked up material from its fellow star.

“This galaxy was host to a supernova explosion spotted in March 2015, known as SN 2015F, that was created by a white dwarf star,” NASA explains in a block post. “The white dwarf was part of a binary star system and siphoned mass from its companion, eventually becoming too greedy and taking on more than it could handle. This unbalanced the star and triggered runaway nuclear fusion that eventually led to an intensely violent supernova explosion. The supernova shone brightly for quite some time and was easily visible from Earth through even a small telescope until months later.”

The supernova explosion eventually calmed a bit, but as we’ve learned with observations of other supernova blasts, they can tend to hang around for quite some time.

As for the galaxy itself, Hubble has managed to capture most of it in glorious detail. We can see the brightly-lit center surrounded by star-forming regions and masses of dust and gas that show up as dark splotches lining its edges. It definitely doesn’t look like a “normal” galaxy, but when it comes to structures like these in space, “normal” is always a moving target.

The Hubble Space Telescope has been in operation for a whopping 30 years now, which is an accomplishment all on its own. A few trips to upgrade and fix some problems has allowed the telescope to continue to be one of NASA’s most vital tools for observing the cosmos. If things continue to go well, the telescope is expected to last through the 2030 and perhaps even into the 2040s.