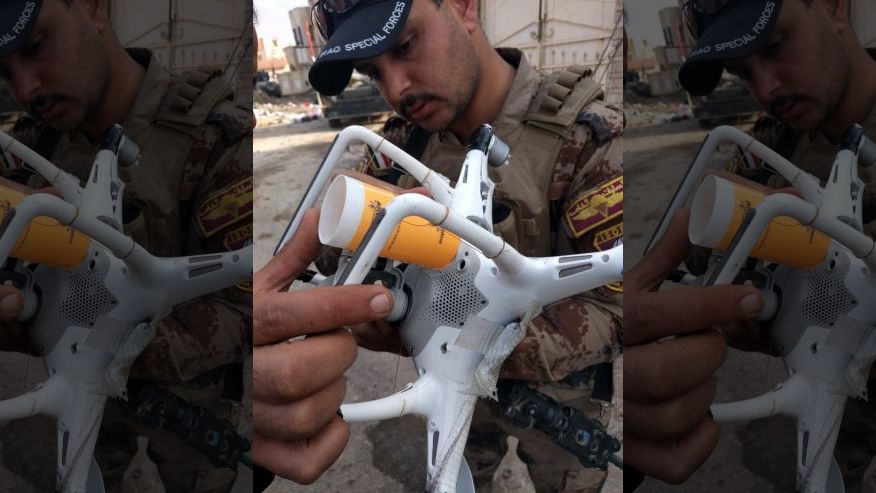 I just returned from two weeks on the ground inside Mosul with Iraq’s Emergency Response Division and the Counter Terrorism Service. These two units are Iraq’s best, and are taking the fight to ISIS daily.

HISTORY OF REMOTE WEAPONS IN PICTURES

ISIS modifies commercial drones to drop 40mm rifle grenades. They are flown by the operator over Iraqi troops and the grenade is dropped by electronic command.

Iraqi forces call the drones “tieyara,” (Arabic shorthand for UAV, or Unmanned Aerial Vehicle) and open fire with rifles and machine guns when they are spotted. Nearly half the time, they are successful in bringing the drones down.

The threat from these aerial robot snipers is expected to continue as Iraqi forces cross the Tigris River and clear the west side of Mosul from ISIS.

Earlier this month a U.S. Commander said that American and Iraqi forces were enjoying increasing success in taking down ISIS drones in the fight for Mosul. Citing U.S. Army Col. Brett Sylvia, Military.com reported that, while ISIS had previously relied on winged drones, it was now harnessing small quadcopters to drop munitions.

Sylvia declined to describe how U.S. forces are taking down the ISIS drones, but said that Iraqi forces are using direct small arms fire.

Reports also indicate that ISIS has been using the drones as a diversion to attract the fire of Iraqi forces, according to Military.com.