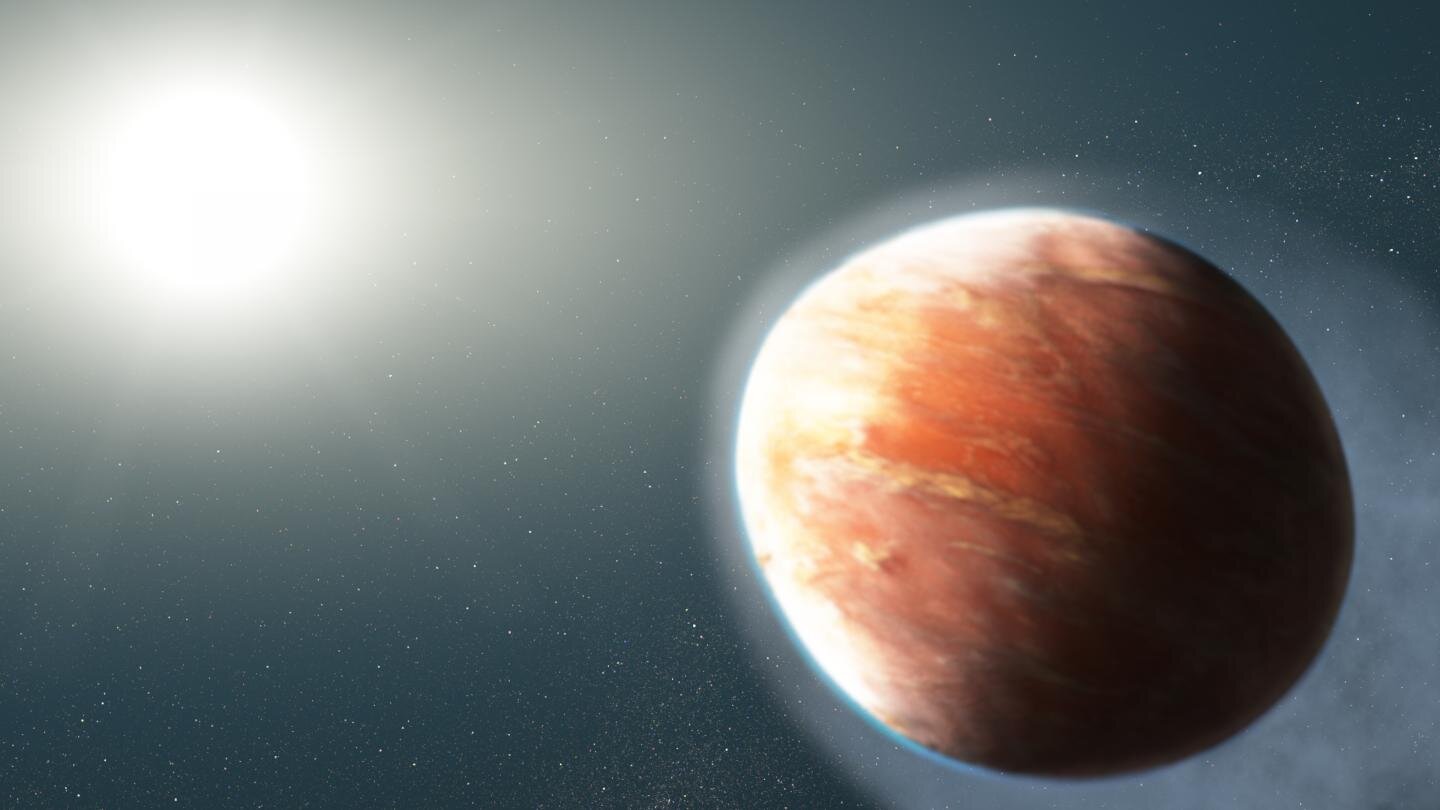 If you were to make a list of exoplanets that would be worth visiting in person, WASP-121b wouldn’t be anywhere near the top of your list. There are plenty of exoplanets out there that wouldn’t be comfortable for humans, but WASP-121b is a special kind of hostile, not to mention a shape that will look quite familiar to sports fans.

Astronomers have been studying WASP-121b using NASA’s Hubble Space Telescope and their observations are incredibly wild. For starters, the planet is incredibly hot, with an upper atmosphere reaching temperatures of 4,600 degrees Fahrenheit. That intense temperature and the proximity of the planet to its host star has also affected its shape.

As the researchers explain in a new paper published in the Astronomical Journal, WASP-121b is so hot and so close to its star that it’s been deformed into an oblong, football-like shape. The incredible heat is so intense that it’s led elements like magnesium and iron to be totally vaporized, streaming into space as the star blasts the planet with immense force.

“This planet is a prototype for ultra-hot Jupiters. These planets are so heavily irradiated by their host stars, they’re almost like stars themselves,” Drake Deming, co-author of the study, said in a statement. “The planet is being evaporated by its host star to the point that we can see metal atoms escaping the upper atmosphere where they can interact with the planet’s magnetic field. This presents an opportunity to observe and understand some very interesting physics.”

By their very nature, the so-called “hot Jupiter” exoplanets are very hot, but this particular exoplanet is so close to its star that it’s essentially being torn apart by it, pulling the planet into its strange shape while also blasting material out of its atmosphere.