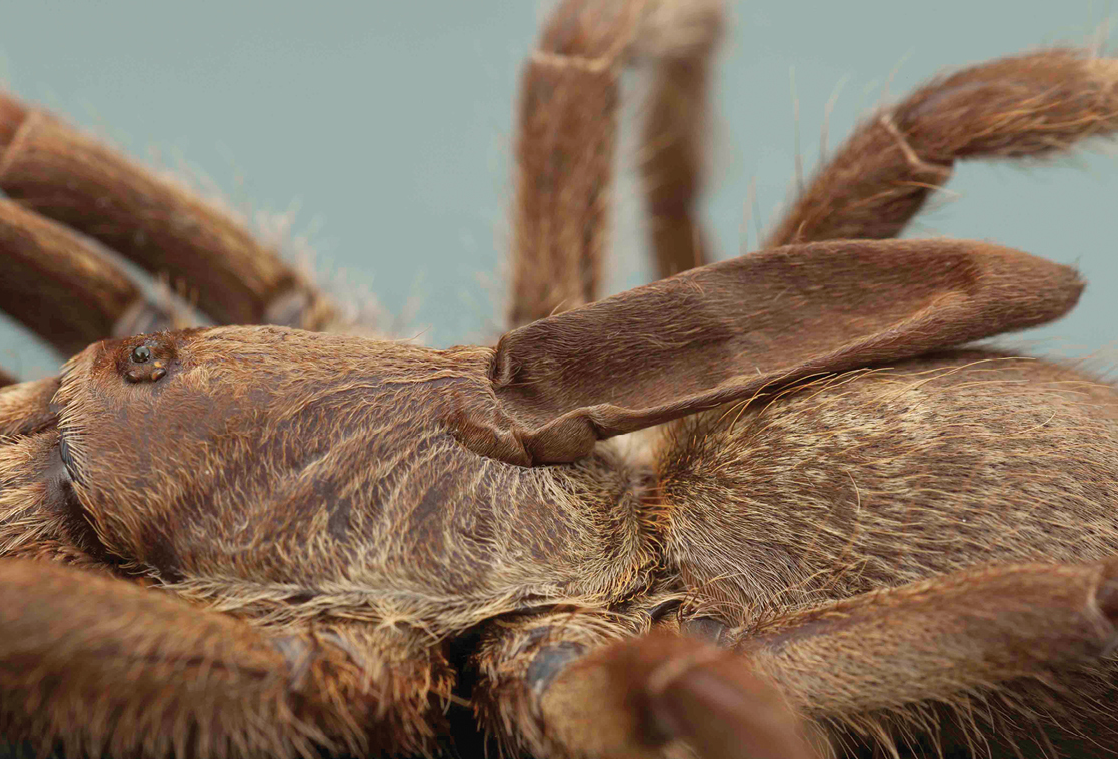 Spiders are incredibly valuable members of the animal kingdom, but there’s definitely something about them that makes a lot of humans nervous. Whether it’s their habit of lurking in dark corners or the big, furry legs of the larger species, people tend to want to avoid them at all costs.

If you happen to be one of the many whose stomach churns at the sight of an eight-legged creepy-crawly, you’re going to want to just close this page and move on with your life. For those of you who are still here, allow me to introduce you to a brand new species of tarantula that has nine appendages instead of the customary eight.

The new (to science, at least) spider is a real mystery to the scientists who discovered it during a biodiversity survey project in Angola. The region is thought to be home to many species that haven’t been properly cataloged, and a spider with a big freaky horn on its back seems to fit right in.

The spider looks a lot like other tarantula species, with a brown body and eight furry legs. Its abdomen is also relatively familiar until you get to its back, where a long, finger-like “horn” extends down much of the length of its body.

Scientists are still puzzled as to why the appendage exists, what the spider uses it for, or why it might be beneficial. In a new research paper published in African Invertebrates, the research team notes that no other spider in the scientific record has such a feature, and at this point it seems to be the only species that has developed a back horn.