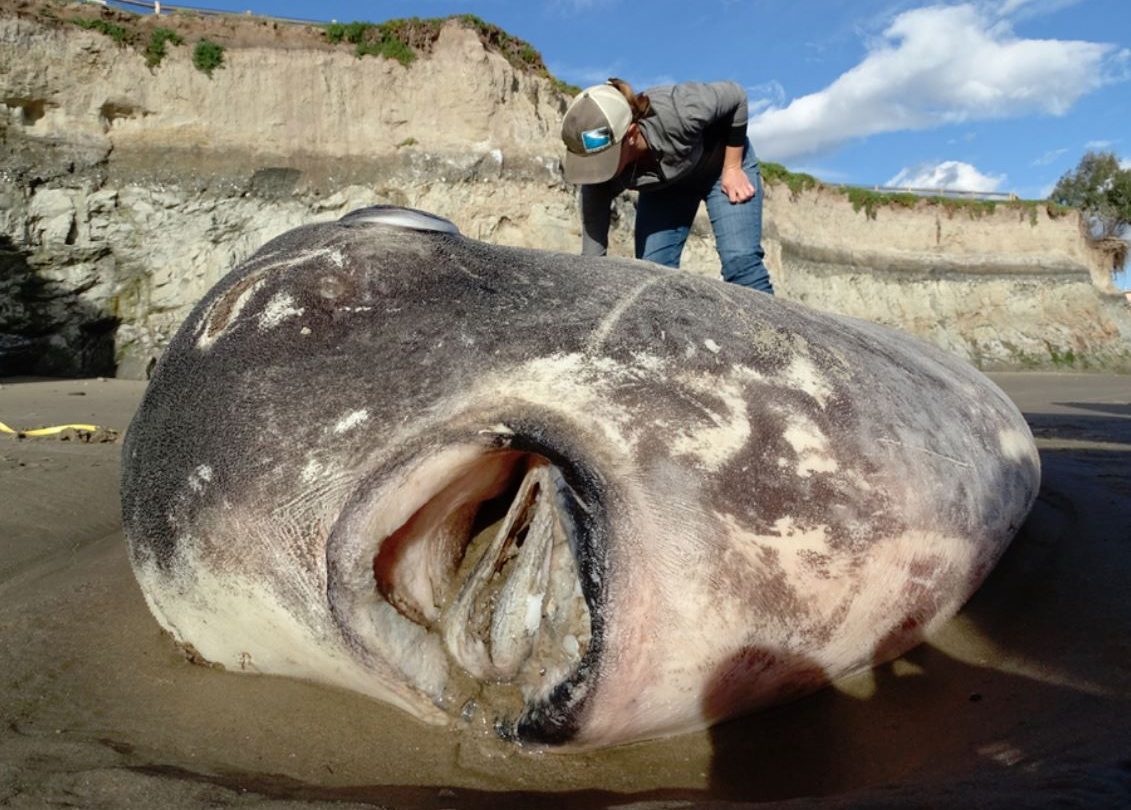 It was only a couple of years ago that scientists finally confirmed the existence of a new, huge species of saltwater fish called the Hoodwinker Sunfish. The fish, which was named in honor of its remarkable ability to remain undocumented for so long, is one of a handful of large sunfish species.

Now, one such fish made its presence known in Southern California, washing ashore where it was eventually discovered by passersby. Seeing a seven-foot sea creature resting in its sandy grave is obviously a striking sight no matter what, but the incident became even more interesting when researchers revealed just how far the fish was from home.

The hoodwinker sunfish is native to the waters of Australia and New Zealand, and has also been found near South Africa and Chile. There’s really no reason it should have been near North America at all, much less washed up on a California beach.

“This is why it’s so intriguing why it has turned up in California,” Marianne Nyegaard, the scientists who first discovered the species back in 2017, told CNN. “We know it has the temperate distribution around here and off the coast of Chile, but then how did it cross the equator and turn up by you guys? It’s intriguing what made this fish cross the equator.”

In fact, the idea of a hoodwinker washing up in North America is so absurd that those who found it didn’t even consider the possibility. It was thought to be another species of large sunfish, but when images of the dead sea creature began popping up online, researchers realized just what it was.

“It had gone unnoticed because no one really realized it looked different,” Nyegaard noted. “There’s a long history of confusion about the species in the sunfish family. This fish had managed to stay out of sight and out of everybody’s attention.”