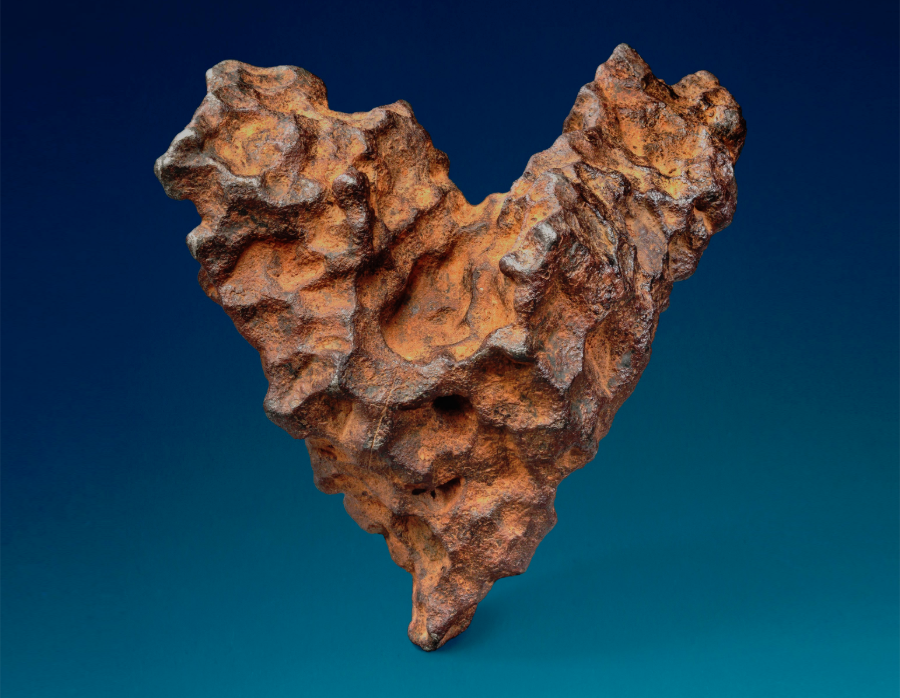 As far as space relics go, meteorites are highly prized by collectors and scientists alike. The charred, twisted remnants of space rock can teach us a lot about the kind of natural material that is still drifting through Earth’s neighborhood, and they happen to look pretty cool, too.

That being said, rocks from space aren’t necessarily romantic in any way. Unless, of course, you’re talking about “The Heart Of Space,” which just happens to be a meteorite shaped like a heart. The iconic space rock will go up for auction soon, ending just in time for Valentine’s Day.

The rock, which was found in Siberia, weighs just over 22 pounds and measures nine inches along its longest side. It’s a highly sought after example of an iron meteorite, and its expected sale price of between $300,000 and $500,000 makes that pretty clear.

The heart is thought to be part of a meteor that arrived here on earth in February of 1947. When its parent rock hit Earth’s atmosphere it fragmented and produced a sonic boom that was felt for well over 150 miles. It’s shape, which is the result of mere happenstance, is one of the reasons it’s such a prized artifact.

Upon slamming into the atmosphere, it began to break apart and created a fireball brighter than the Sun as it sailed over the Sikhote-Alin Mountains in Siberia. The shockwaves from the low altitude explosion of the main mass collapsed chimneys, shattered windows and uprooted trees.

The online auction, which is being held by Christie’s, is scheduled to go live on the morning of February 6th, 2019, and will wrap up on February 14th. It would be one heck of a Valentine’s Day gift for that special someone, but you’re going to need some seriously deep pockets to make that a reality.