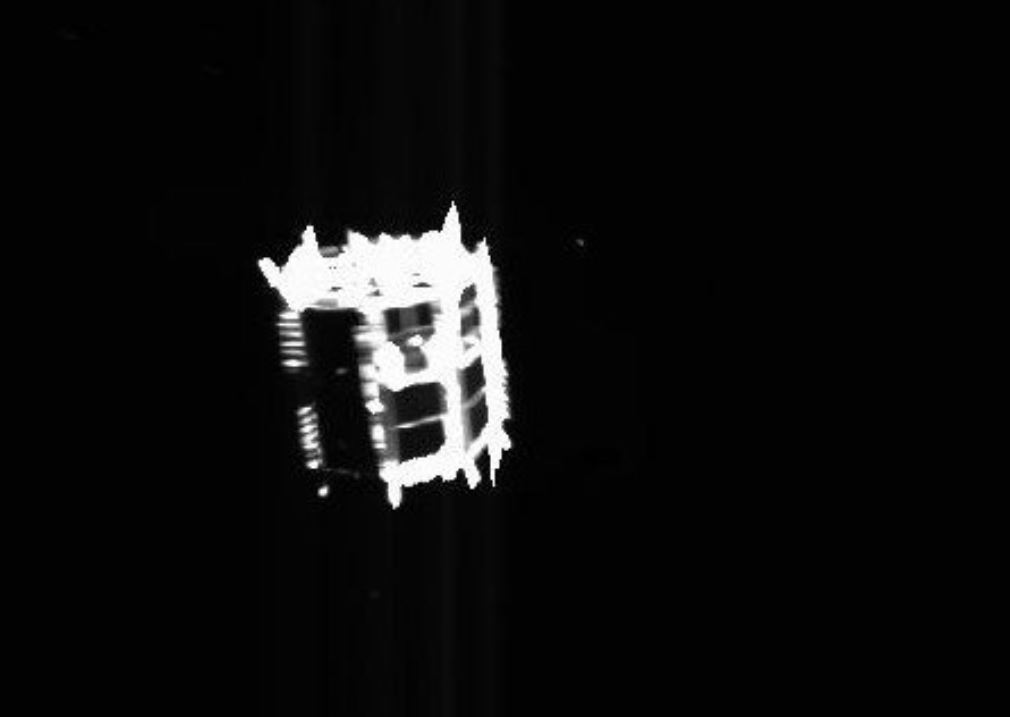 The Hayabusa2 probe arrived at the space rock known as Ryugu in June of last year. It was launched by Japan’s space agency JAXA, and during its many months in orbit around the asteroid it’s accomplished a lot. It’s taken photos, fired projectiles into the rock, and snatched samples that will eventually be studied back on Earth.

Now, as the probe nears the end of its stay at Ryugu, it has begun one of its final objectives by sending a tiny rover to the asteroid. In an update provided by JAXA today, the team announced the successful deployment of the Minerva-II2 rover, which is currently drifting toward the asteroid’s surface.

The rover isn’t the kind of multi-wheeled robot that we’re used to seeing on the surface of Mars, but that doesn’t mean it won’t return some interesting findings. The tiny machine is shaped a bit like a coffee can, and it’s packed with instruments including cameras that it will use to provide an up-close-and-personal look at Ryugu’s surface.

[MINERVA-II2] This is MINERVA-II2 captured by the wide-angle optical navigation camera (ONC-W2) immediately after separation. Radio-waves are also being received from MINERVA-II2. (Credit: JAXA, Chiba Institute of Technology & collaborators) pic.twitter.com/i6kAEftp1Q

JAXA released an image it captured of the tiny bot making its way toward the rock. Its relatively short trip will still take several days for it to actually touch down. That’s because the gravitational pull of the asteroid is pretty mild, but it’s actually a bonus for researchers since it will provide the team with an extended window to observe the asteroid as the rover slowly creeps closer.

Eventually, Hayabusa2 will leave the asteroid (and the tiny rover) behind. JAXA expects to have the probe headed back to Earth before the end of the year, and it will spend roughly a year on its way home. JAXA is planning on the probe arriving back on Earth in December 2020, at which point the samples it is carrying will be analyzed.