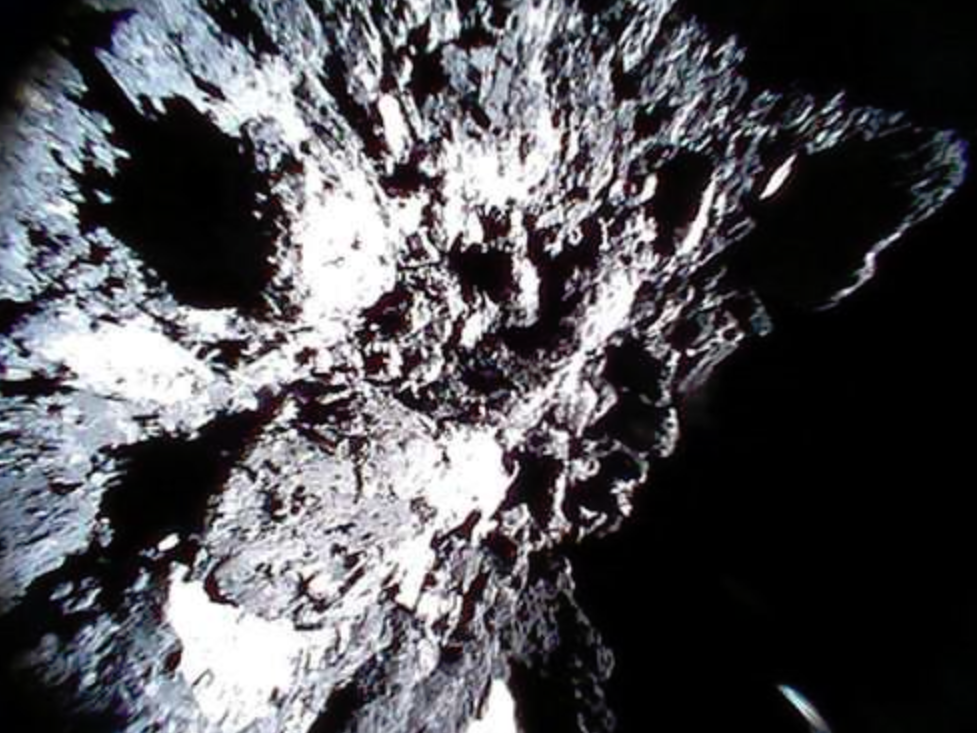 Japanese space agency JAXA has had an up-close-and-personal relationship with the asteroid known as Ryugu ever since its Hayabusa-2 spacecraft entered orbit around the space rock in June of last year. The probe shot two separate projectiles at the asteroid and successfully snagged a pair of material samples. Its most recent (and daring) maneuver was carried out on July 11th, and now we have video from the probe showing how things played out.

The strategy was simple: blow a hole in Ryugu to obtain pristine samples of the material that rests just beneath the asteroid’s surface. Actually setting down on the asteroid to grab the sample, however, is easier said than done. Thankfully, JAXA and its trust spacecraft pulled it off.

As JAXA explains, the video here is a sped-up version of the events that took place on July 11th. The video covers roughly eight minutes in just 30 seconds, showing the Hayabusa-2 probe slowly approaching the asteroid’s surface before briefly touching down and then returning to a higher orbit.

Of course, collecting the asteroid material samples is just one step in a much larger effort to get those samples in the hands of scientists back on Earth. Hayabusa-2 is currently scheduled to depart from Ryugu in December of this year and begin its trip back to Earth.

After it leaves Ryugu, the spacecraft will spend another year or so traveling through space toward our planet. It should arrive on Earth in December 2020, at which point its samples will be studied and, we have to assume, we’ll learn a lot more about the asteroid itself as well as other similar bodies in our solar system.