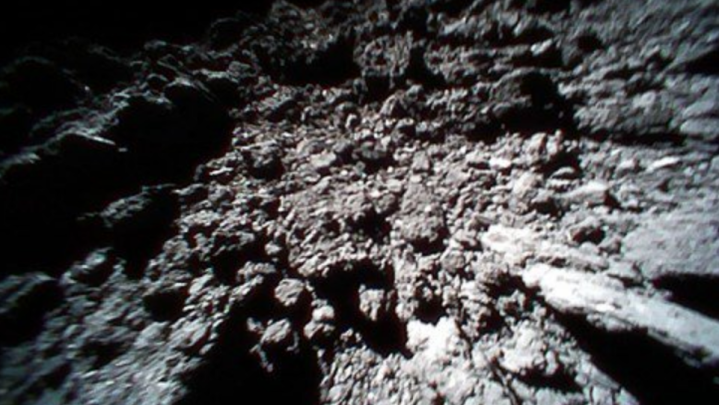 It’s only been a couple of days since Japanese space agency JAXA showed off the very first images taken from an asteroid’s surface, but we’re already getting more. JAXA’s Hayabusa-2 probe and its army of unusual rovers are delivering all kinds of awesome photos from the surface of the Ryugu asteroid, and this history-making mission is just getting started.

The latest photos are actually even better than the first ones the Hayabusa spacecraft sent back. They’re a lot more clear and look less like a bad sci-fi horror movie. JAXA even took the time to sync up a little animation using several of the photos taken in sequence.

As you can see from the photos, the asteroid is a dry, rocky object with plenty of rubble littering its surface. It might look boring, but Ryugu is an interesting body for a number of reasons, not least of which is its peculiar shape. The rock is shaped like a giant dumpling, and scientists hope that there’s something it can teach us about itself and other asteroids like it.

Asteroids are organized into classes based on what they look like and what they’re probably made of. Ryugu is unique in that it seems to straddle the line between the C-type and G-type space rocks.

Hayabusa-2 launched way back in 2014 and spent roughly four years making its way to Ryugu before entering orbit around the asteroid in late June of this year. It deployed its first pair of rovers to the surface of the object earlier this month and sent back the initial landing images on September 21st.

Eventually, the spacecraft will send more rovers to the asteroid’s surface as well as a cube-shaped instrument packed with tools to take readings and send data back to Earth. Later, the Hayabusa-2 “mothership” will touch down on the rock, snag a sample, and then fly back to Earth where it is expected to arrive in late 2020. That will be a truly momentous occasion, but for now we’ll just have to soak up the glorious photos.