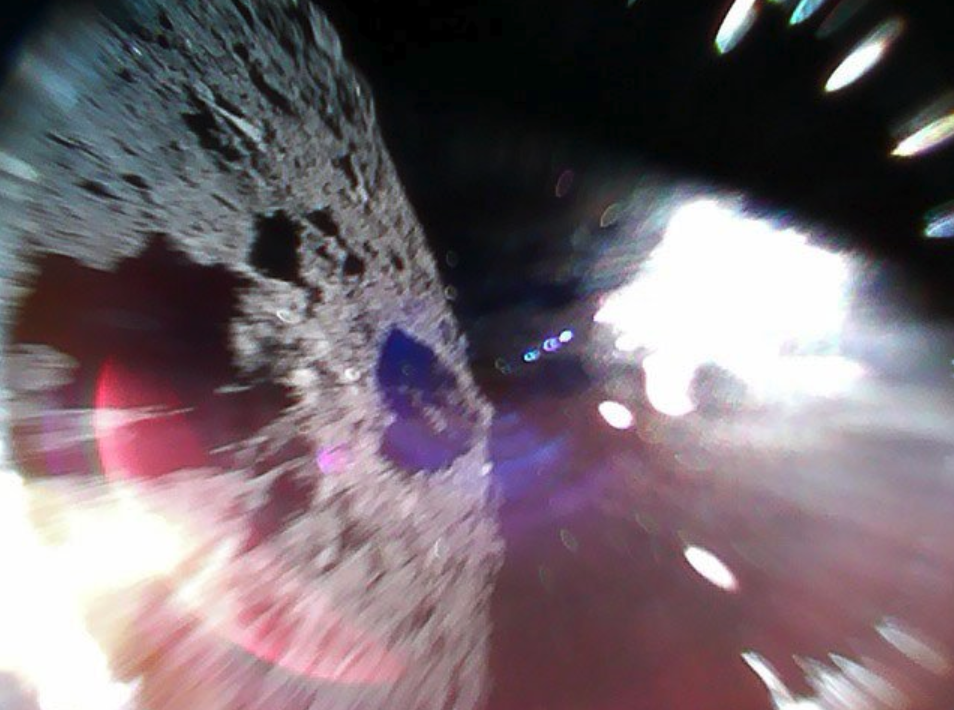 Now, following the successful deployment of a pair of tiny rovers from Japan’s Hayabusa-2 spacecraft, the first color images from an asteroid’s surface have been send back to Earth, and boy are they creepy. Japanese space agency JAXA released the new images with a whole lot of excitement.

When the rovers were released, JAXA engineers were forced to wait and wonder if they made it to the surface in one piece. Once they landed, the rovers began sending back information that included an image that was captured during its descent:

Photo taken by Rover-1B on Sept 21 at ~13:07 JST. It was captured just after separation from the spacecraft. Ryugu's surface is in the lower right. The misty top left region is due to the reflection of sunlight. 1B seems to rotate slowly after separation, minimising image blur. pic.twitter.com/P71gsC9VNI

The rovers from the Hayabusa-2 orbiter don’t have wheels, and they have to actually jump to get around. These hops, which can reach nearly 50 feet into the sky above the asteroid, are a great opportunity for the robots to snap images like the following.

"I cannot find words to express how happy I am…" Y.T.

The MINERVA-II1 rovers have successfully landed on asteroid Ryugu, snapped photos & taken the first successful hop! Have a read about this world first and hear the comments from our Project Members.https://t.co/xtoIcWIT5X pic.twitter.com/AOYDhhBDe2

Aside from looking like an action shot from a deep-space horror movie, the image has plenty of details that are worth appreciating. The dusty, rocky surface of the asteroid is in full view, as is a distorted blob of light that is actually the distant Sun. It’s an incredibly cool image, but it’s just the first of what JAXA hopes will be lots of snapshots of asteroid, called Ryugu.

While just the first two rovers have been deployed to the space rock’s surface, the Hayabusa-2 orbiter still has a pair of rovers on board that it will deploy at a later date. A sensor-packed cube will also be delivered to the surface and eventually the spacecraft itself will land on the asteroid to snag a sample of material which it will then return back to Earth.