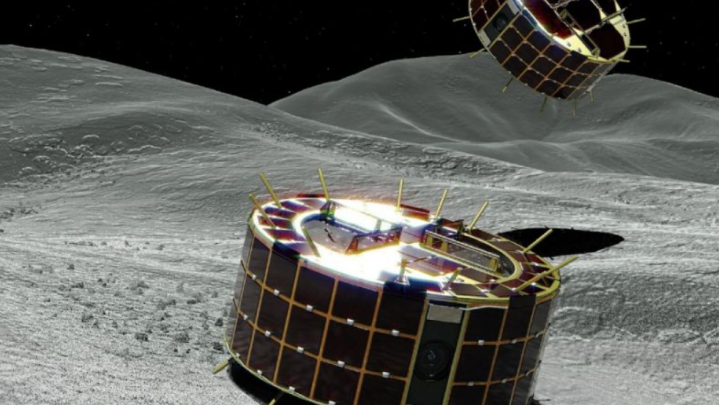 At the end of August, Japanese space agency JAXA announced when it would attempt to deploy a pair of very special rovers to the surface the asteroid known as Ryugu. JAXA’s Hayabusa-2 probe spent years traveling to the asteroid and today, right on schedule, the probe released a pair of incredibly unique rovers to inspect the asteroid.

The probes were released from the “mothership” Hayabusa-2 spacecraft and, if all went as planned, they would have drifted down to touch down on the asteroid’s dusty surface. Unfortunately, JAXA engineers will need to wait a couple of days to receive confirmation that the rovers are ready to perform their scientific duties.

“We are very much hopeful. We don’t have confirmation yet, but we are very, very hopeful,” JAXA’s Yuichi Tsuda reportedly said. “I am looking forward to seeing pictures. I want to see images of space as seen from the surface of the asteroid.”

What makes the rovers particularly interesting is that they’re nothing like the kind of robotic vehicles that you’re used to seeing on Mars. Instead of wheels to drive around, the rovers will actually jump to new locations on the space rock when they need to relocate. The vehicles will propel themselves nearly 50 feet into the sky before gently drifting back down to the surface thanks to Ryugu’s gentle gravitational pull.

But these springy rovers aren’t the only trick Hayabusa-2 has up its sleeve. The spacecraft will soon blast a large crater into Ryugu and then probe the freshly exposed material to study the makeup of the rock itself.

Later, a tool-packed cube called MASCOT will be sent down to the asteroid to relay a wealth of readings back to JAXA. Eventually the Hayabusa-2 mission will see the spacecraft return actual asteroid samples to Earth, but that won’t take place until 2020.