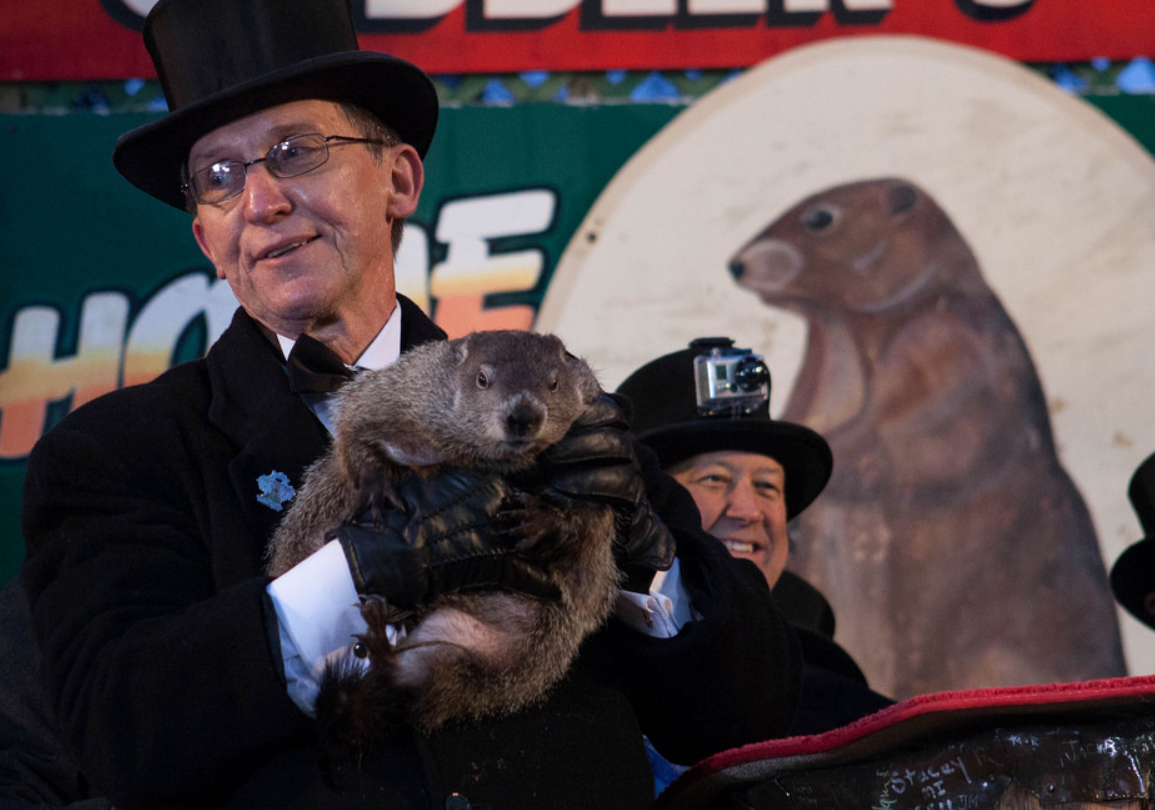 It’s Groundhog Day! You know, the day when some dude in a goofy outfit grabs a big fat whistlepig named Punxsutawney Phil and holds him up so a bunch of droopy-eyed reporters can snap some photos and then everyone cheers. It’s a time-honored American tradition that is a healthy combination of dumb and pointless, but we keep doing it because what else are we going to do on February 2nd ever year?

The event is supposed to be some sort of vague prediction of the beginning of spring, and we can look back at the history of the event and determine just how accurate it is. If the little fella sees his shadow (which is to say, it’s a sunny day), legend says he runs back into his hole and waits six more weeks for winter to be over. If it’s cloudy and he doesn’t see his shadow he just chills out and spring shows up much sooner. Simple, right? Unfortunately, the predictive powers of the rodent aren’t great. In fact, they’re downright terrible.

Looking back at the history of Groundhog Day, the details of the annual event have been recorded 121 times dating back to 1887 when it began at Gobbler’s Knob. A handful of years are lost to history, but that still leaves plenty of data to draw from.

Phil almost always predicts six more weeks of winter, having predicted an early spring a mere 18 times out of 121 events. Out of his 121 predictions, he’s been right an estimate 39 percent of the time, based on the historic weather data available. Not only is that not good, it’s actually significantly lower than would be expected by the random chance of flipping a coin. That’s an impressive legacy of horrible predictions.

Of course, Phil’s handlers have vigorously defended his predictive powers for decades. Phil’s caretaker even went so far as to claim that the rodent has never been wrong, but that his predictions have simply been “misinterpreted” by the Punxsutawney Groundhog Club’s president, and that human error is to blame for any missed guesses. In short, the Groundhog Day tradition is really just a bit of fun, so don’t go planning any barbecues or early beach trips. This year he predicted six more weeks of winter, but it probably doesn’t really matter.