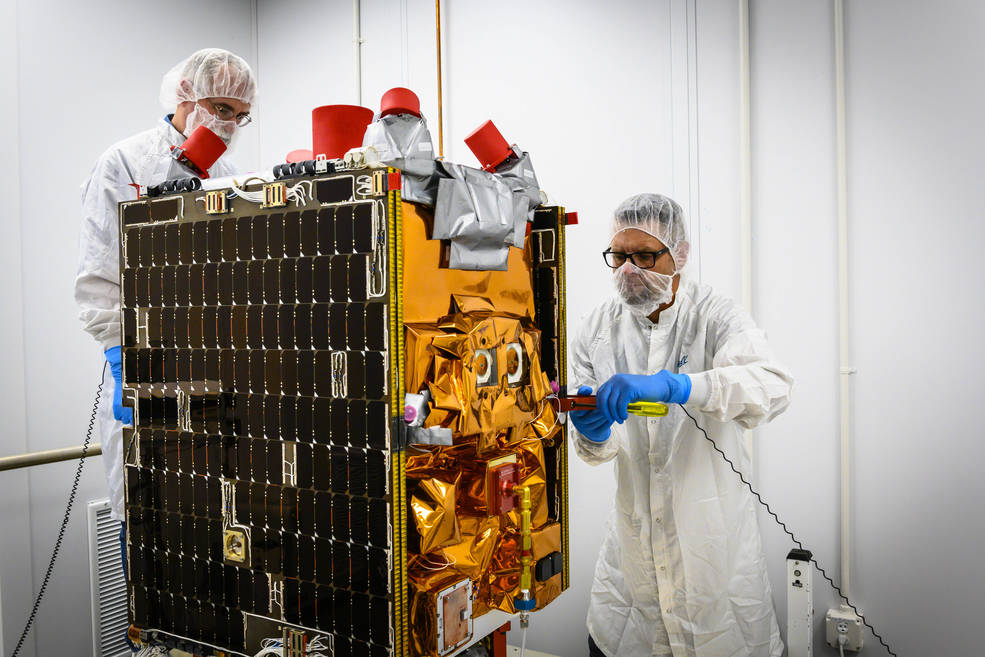 The fuel that powers most spacecraft today is incredibly toxic to living organisms. That’s normally not a big issue when you’re sending something into space, but it can still pose some risks if a mishap results in a spacecraft crashing back down to Earth. It’s also a major obstacle for engineers who work closely with space-bound hardware on a daily basis.

NASA thinks it might have a fix for all of this in the form of a new, “green” fuel alternative that swaps highly toxic hydrazine with a new formulation that much safer and, as it turns out, even more powerful than modern rocket fuels.

As NASA explains in a new blog post, the new, pinkish-colored fuel is a whole lot safer for engineers to handle. Handling the toxic hydrazine requires significant precautions, including gloves, full body suits, and even oxygen masks. The greener fuel alternative still needs to be handled with care but doesn’t require the same incredibly strict rules as its predecessor.

The benefit for NASA and other space groups is that the fueling process could be done earlier in the procedures leading up to a launch, not to mention cheaper. As an added bonus, the new, safer fuel is roughly 50 percent more efficient than the more toxic option, giving spacecraft more freedom to maneuver or travel greater distances with the same amount of fuel.

The first in-space test of the new fuel will come later this month when SpaceX will launch NASA’s Green Propellant Infusion Mission (GPIM) satellite. The spacecraft will give NASA the ability to test the fuel and determine whether it’s a viable option for future missions. If all goes well, the new propellant could be the next standard in rocket fuel, offering increased safety and greater efficiency.