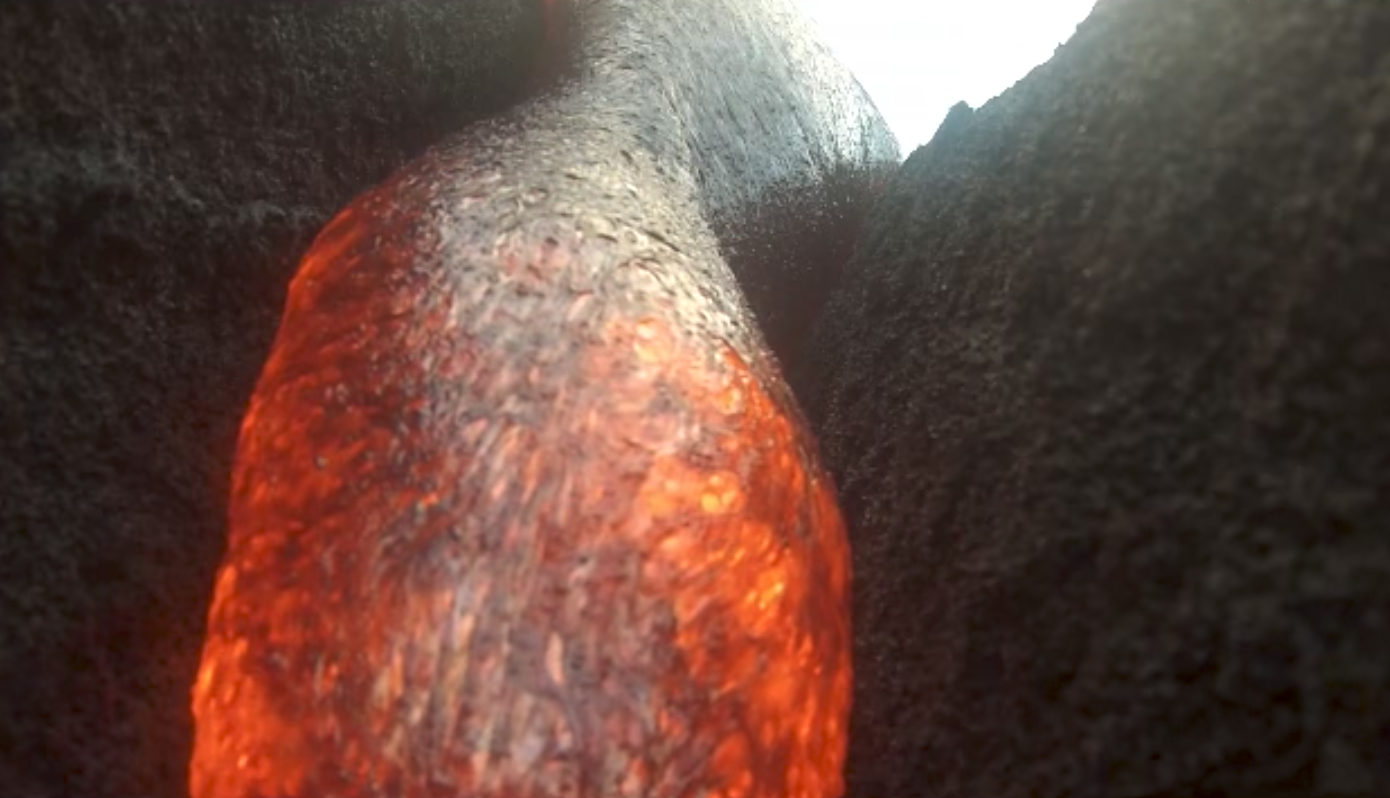 Not many people have been swallowed up by lava and survived — in fact, the number has to be somewhere around zero, if I had to guess — and the same is likely true for consumer electronics. One brave GoPro action cam managed to beat those odds (and the intense heat) to capture what might be the best first-person view of what it would be like to be slowly covered with flowing molten rock.

What’s perhaps even more amazing about this footage is that it wasn’t planned. No, the GoPro’s steamy ordeal was actually the result of forgetfulness, but it managed to not only survive the trial by fire, but actually still works even after being pulled from its smoldering coffin. And no, this isn’t a viral marketing stunt for GoPro.

Erik Storm, Hawaii resident and tour guide, placed the GoPro cam in a small crack that was right in front of a lava flow so that he could capture some up-close-and-personal shots of the molten rock as it slowly crept down into the crevice. Unfortunately, he got distracted while telling his tour group a story and completely forgot about the camera.

Before long, Storm realized what he had done and when he went to check on the GoPro he realized it had been completely engulfed in flames and smothered in lava. After pulling it free from the red-hot flow with a hammer, he assumed the device was completely destroyed, and it wasn’t until he got it home and was able to break it free from the now-cooled rock that he realized it had quite the story to tell. 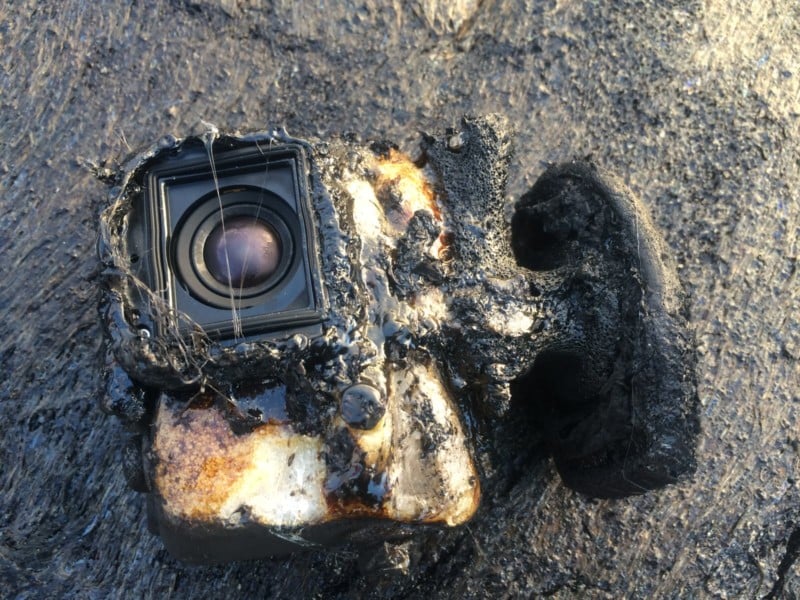 The video is fantastic and a little scary, but it’s really just remarkable that the camera survived the ordeal and with the storage card intact. Unfortunately, the gadget didn’t exactly make it through unscathed, and now looks like something of a cross between an action cam and a burnt marshmallow. Still, that lens looks like it’s ready to go for another adventure! Perhaps anther trip to the volcano is in order?