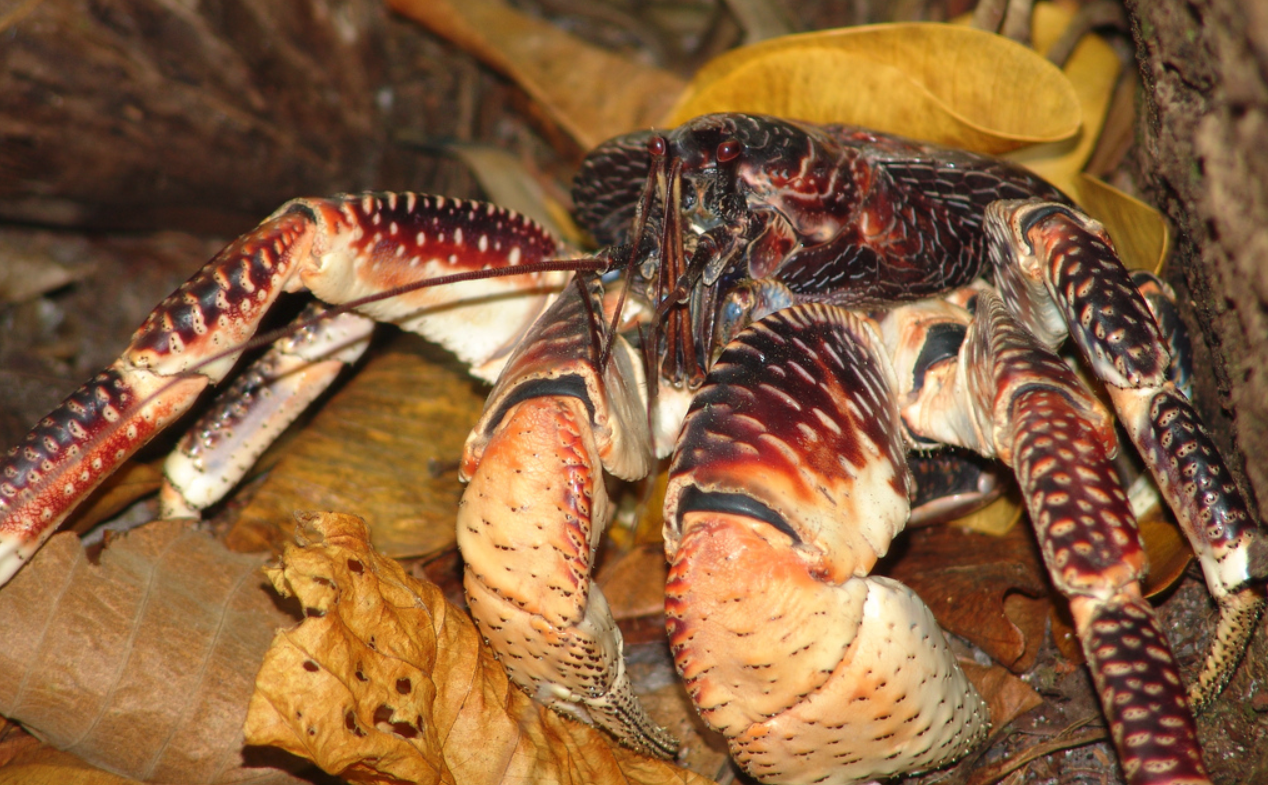 Crab and arthropods in general are often pretty creepy all on their own, but when you see one ruthlessly murdering (and eating!) a creature you would never expect, they get even more frightening. A newly-captured video of an island-dwelling giant crab brutalizing an innocent sea bird is probably one of the most disturbing thing you’ll see in quite some time, so enjoy, and do your best not to have nightmares.

The creepy-crawly here is a coconut crab, so named because their size and remarkable pinching force allows them to slice open tasty coconuts and feast on them. The animals typical eat vegetation, but this one obviously had a hankering for something a bit more substantial.

The crab apparently attacked the sleeping bird, a red-footed booby, while it was resting on a branch. It then proceeds to bust up the still-alive bird, snapping its wings with its powerful claws and rendering it helpless. The video only shows a brief portion of this half-hour-long saga (thankfully), but it’s enough to show just how efficiently the crab was able to dispatch its peculiar choice of prey.

According to the original report, the crab didn’t just attack and kill the bird, but it also fed on it. What’s more, the commotion attracted a number of other huge crabs in the immediate vicinity and before long there was a handful of the creatures tearing the bird apart. Needless to say, the bird didn’t make it out alive. After slicing the bird up into various pieces, the crabs took their individual shares back with them and enjoyed their midnight snack.

Coconut crabs can grow to be absolutely huge in size, as large as three feet across, and because it’s a land-dwelling crab it’s not unusual for humans to run into them. Thankfully they’re relatively slow moving, so you probably won’t suffer the same fate as this unfortunate bird, but whatever you do, don’t fall asleep next to one.