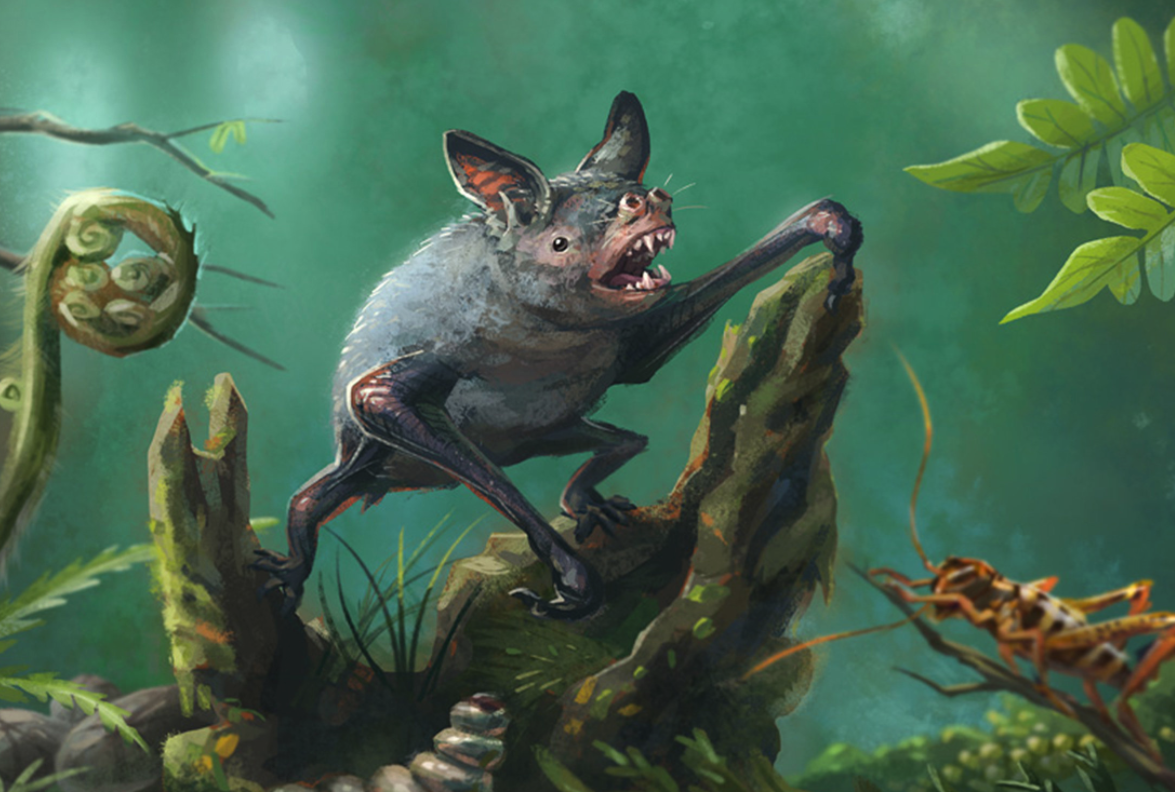 Generally speaking there are lots and lots of people who find bats to be pretty creepy little creatures. It makes sense, of course, because bats are kind of freaky-looking animals, but modern day bats might actually be downright adorable compared to those that lurked underground millions of years ago. A newly-discovered species of giant burrowing bat was unearthed in New Zealand recently, and a new paper published in Scientific Reports tells us more than enough to know we’d never want to stumble across one.

The oversized bat is thought to have lived somewhere between 16 million and 19 million years ago. Its fossilized remains were discovered on the South Island in Central Otago, buried deep in sediment. It’s considered a giant by bat standards, which still means it was a fairly pint-sized creature, but if you have a fear of the flying of flying mammals it’s probably a good time to stop reading.

The new species, which has been named Vulanops jennyworthyae, a nod to discoverer Jenny Worthy, weighed in at around 40 grams. That’s less than one-tenth of a pound, but that’s still pretty heavy when compared to many modern bats. This ancient ground-dwelling bat was roughly three times larger than the average bat of today.

During its life, the burrowing bats were capable of flight but were also perfectly comfortable crawling along the forest floor using their hind legs and folded front wings which were equipped with claws. Their diet was likely very similar to modern bats, including insects and possibly plant life such as fruit, but they may have been even more capable predators than bats of today.

“New Zealand’s burrowing bats are also renowned for their extremely broad diet. They eat insects and other invertebrates such as weta and spiders, which they catch on the wing or chase by foot. And they also regularly consume fruit, flowers and nectar,” Professor Sue Hand of the University of New South Wales, and lead author of the research, explains. “However, Vulcanops’s specialized teeth and large size suggest it had a different diet, capable of eating even more plant food as well as small vertebrates – a diet more like some of its South American cousins. We don’t see this in Australasian bats today.”