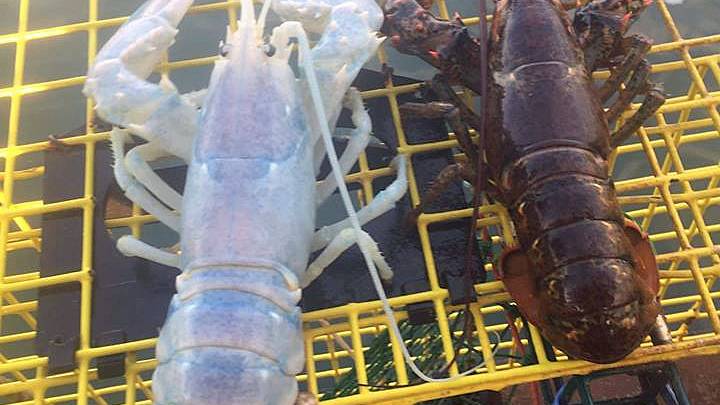 Mother Nature loves to throw curve balls, and humans have gotten pretty good at expecting the unexpected when it comes to the wonders of the animal kingdom, but every once in a while we’re still caught off guard. That is most certainly the case with this incredibly odd “ghost” lobster that was just hauled in off the coast of Maine.

Like most animals, lobsters are normally pretty consistent in their appearance, typically appearing a dark, brownish red when alive (read: not boiled). There have been several examples of off-color lobsters, which can appear bright blue or orange, and even albino lobsters which are perfectly white. The ghostly crustacean from Maine doesn’t really fall into any of those categories, making it a particularly rare treat.

The lobster isn’t totally white, but it has a sort of off-white bluish hue, but only on certain areas of its body. It looks almost iridescent in the photos posted by its catcher, a fisherman named Alex Todd.

As for what caused the unusual mutation, it’s difficult to say, but the Maine Coast Fisherman’s Association is venturing a guess. “This lobster probably has a genetic condition called Leucism which isn’t a total loss of pigment (which would make it an albino) but instead a partial loss,” the group writes in a Facebook post. “This is why you can still see some hints of blue on the shell and color on the eyes.”

The lobster wasn’t kept, as it is an egg-bearing female specimen which is off-limits to fishermen, so it looks like the eye-catching crustacean has a new lease on life.