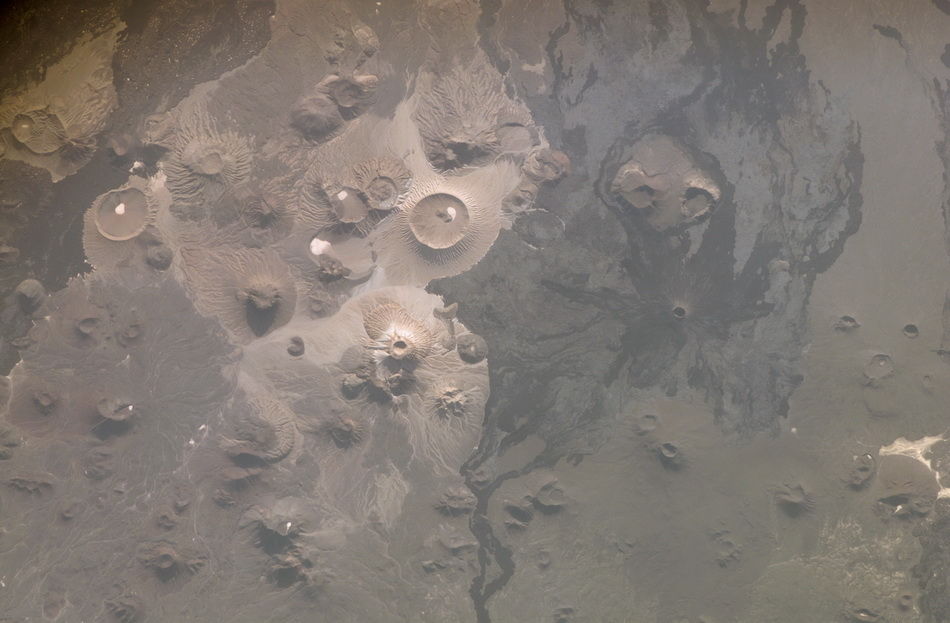 When researchers are searching for remnants of structures and settlements constructed by ancient peoples they typically focus on areas that are hospitable to human life. A new discovery in Saudi Arabia goes firmly against that notion, with archaeologists revealing the existence of hundreds of stone “gates” situated in and around ancient lava domes, in an area that is little more than a hellish landscape devoid of vegetation and water.

The structures, which measure anywhere from 40 feet to nearly 1,700 feet in length, are crude in their construction, built of rough rocks that have withstood thousands of years of wear and tear. What’s most interesting is that it appears that the lava fields these structures were built upon was still active at the time, with hardened lava appearing to have flowed over some of the gates.

Don't Miss: This $40 box is your cable company’s worst nightmare

“Gates are found almost exclusively in bleak, inhospitable lava fields with scant water or vegetation, places seemingly amongst the most unwelcoming to our species,” David Kennedy of the Western University of Australia, who led the research, wrote. Kennedy noted that the structures “appear to be the oldest man-made structures in the landscape,” and that at the moment “no obvious explanation of their purpose can be discerned.”

The discovery was made using satellite imagery, and the researchers used their birds-eye view to identify nearly 400 of the gates in the same area. Along with the odd walls, other clearly manmade structures were spotted including what appear to be animal traps and wheel-shaped objects that are yet to be identified. The current best guess as to the age of the construction is somewhere in the neighborhood of 9,000 years.

The next step for researchers is launching some kind of expedition to investigate the site and perhaps come up with some kind of an explanation as to why the structures exist and what they were used for. It’s an incredible discovery, but the structures — and their precarious location — are so mysterious that there’s bound to be an even greater story waiting to be told.