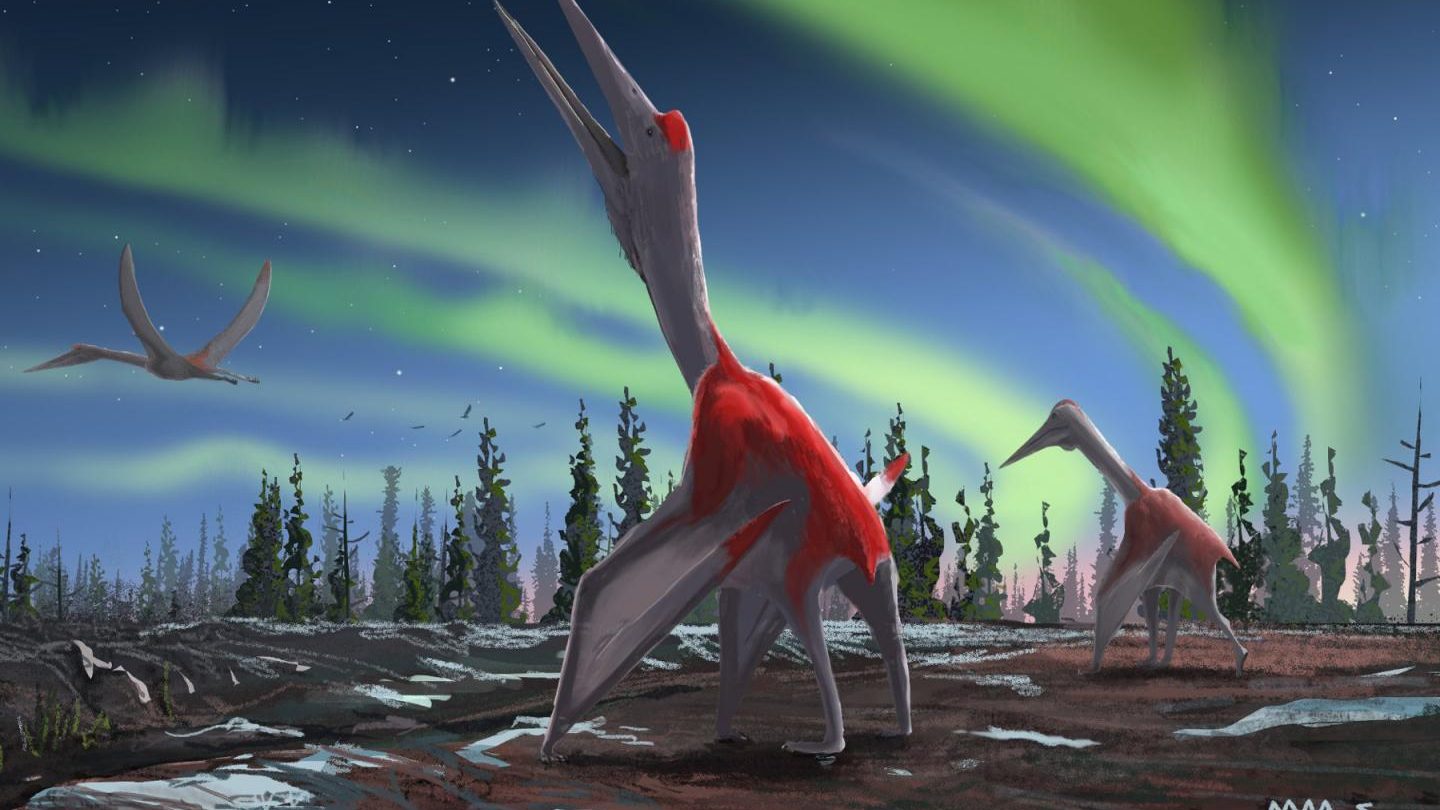 If you were to travel back in time to an age when dinosaurs roamed the Earth, you’d have plenty of things to fear. Dinosaurs that ruled the land were often massive, and the oceans were dominated by creatures just as fearsome. The skies had their own fair share of impressive beasts, and newly-discovered fossils are helping to hammer that point home in dramatic fashion.

A new study published in the Journal of Vertebrate Paleontology describes an ancient airborne reptile so huge it would rival some small airplanes today. The species, named Cryodrakan boreas, means “Frozen Dragon of the North,” just to give you an idea of the kind of creature we’re talking about.

Determining the existence of this new species was made possible thanks to a partial skeleton that was discovered in Alberta, Canada, in an area well known by fossil hunters. Oftentimes, scientists can work with just a few bones to build a picture of a larger creature, but the wealth of bones left over from this particular specimen helped the research team paint a much more vivid picture of just how massive these flying reptiles could get.

“This type of pterosaur (azhdarchids) is quite rare, and most specimens are just a single bone,” Michael Habib, co-author of the study, said in a statement. “Our new species is represented by a partial skeleton. This tells us a great deal about the anatomy of these large flyers, how they flew, and how they lived.”

As the study explains, the new species belongs to a group of animals known for their incredible size. Some of the creatures could weigh as much as 500 pounds and stretch their wings a whopping 30 feet, which is in the same ballpark as modern light aircraft.

These creatures would have cast quite impressive shadows over anything they were hunting, and the discovery of such animals is helping researchers better understand the characteristics of animal flight, as well as the potential limits.