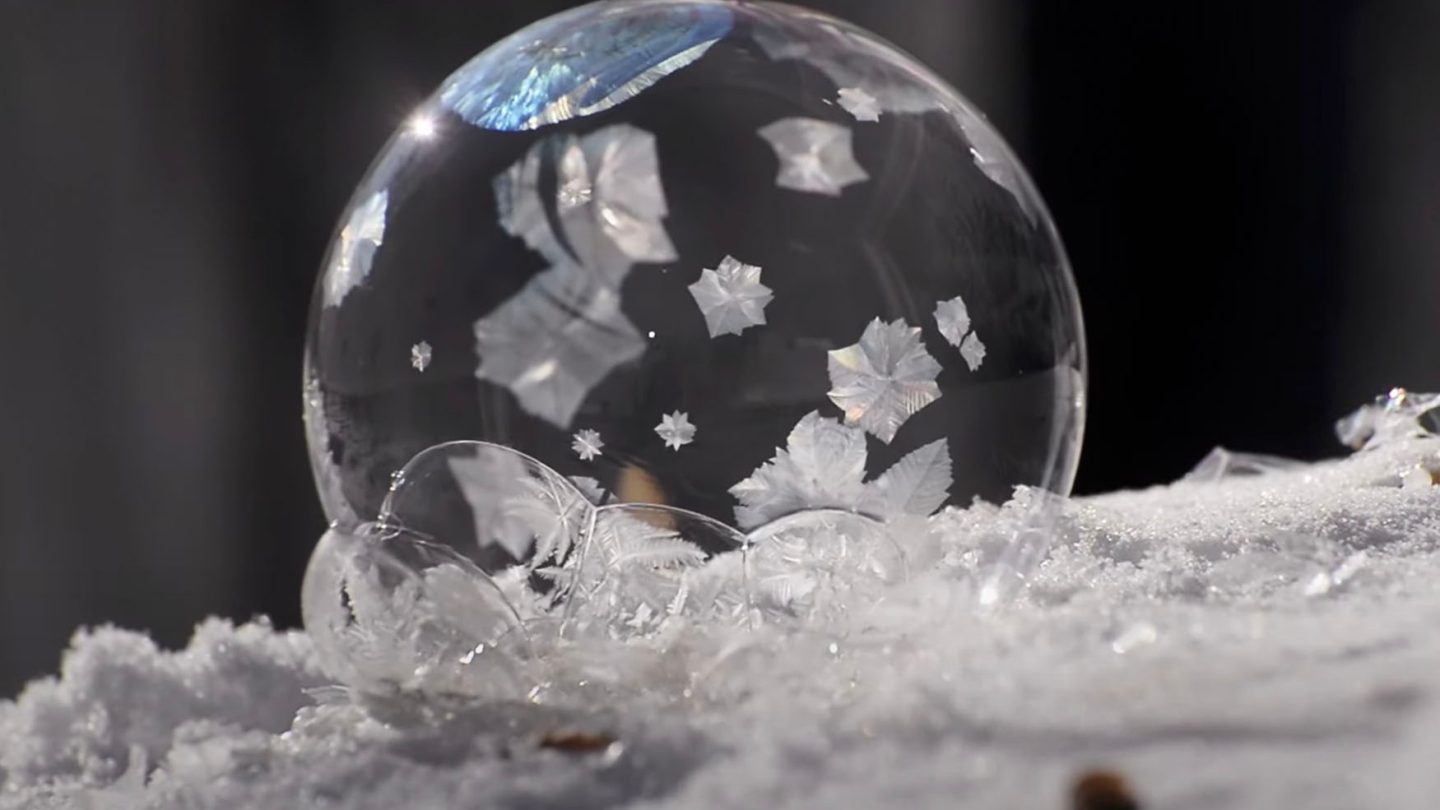 It’s January, and that means two things. Firstly, it’s very, very cold across much of North America right now. We’re talking breathe-in-and-feel-the-insides-of-your-nostrils-freeze cold, and that leads us to the second thing, which is that there are a lot of very bored people in much of North America right now. Take freezing temps and slap a pandemic on top of it and you have a recipe for people doing anything they can to keep themselves entertained, and for Heather Hinam, a conservation ecologist, that means freezing soap bubbles.

In a recent video, which was shot in Winnipeg, Manitoba, Canada, we get to see a huge soap bubble freezing solid right before our eyes. It takes mere seconds, but I swear I could watch this video on loop for hours without getting bored.

I mean, just look at it. If that isn’t the most serene and beautiful thing you’ve seen today, you definitely don’t live anywhere near me. Anyway, as LiveScience points out, Hinam originally shared the video via Twitter, where she offered some additional context for the clip.

“Cold, clear days with very little wind are great for freezing bubbles,” she wrote. “This morning’s -28C had me out in the backyard with the good camera, the bubble solution, and the tripod. Here’s a frozen moment of zen for your afternoon”

Zen indeed. It’s downright stunning, and what’s even better is that Hinam lays out the recipe for the soap mixture in the YouTube video description. According to her, the mixture consists of 100 mL of warm water, 17 mL dish soap, 17 mL corn syrup, and 1 tbsp of sugar. That’s all it takes to make a mixture that will bubble up from a straw and get nice and frosty.

As Hinam notes in the video description and on Twitter, it was -28 degrees Celsius when she attempted the bubble freezing. That’s pretty chilly — roughly 18 degrees Fahrenheit — and well below freezing. In areas where it gets even colder, such as below zero, you might need to tweak your technique a little bit in order to ensure the bubble has time to grow before it starts to freeze. The mixture itself should still work fine though.

In any case, it’s a super cool video and definitely worth checking out… roughly 100 times on repeat. Don’t judge me.