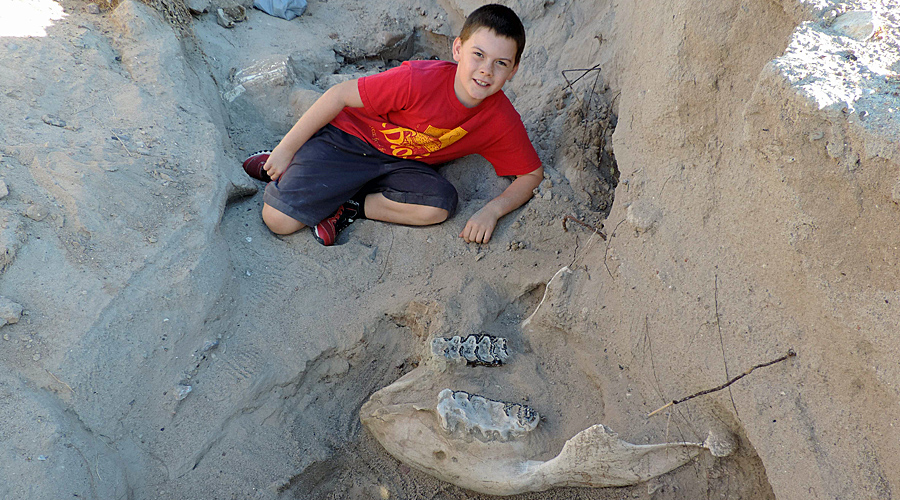 Like just about every kid, 10-year-old Jude Sparks loves dinosaurs. I mean, how could he not? They’re big, cool looking, and they’re the stars of countless movies and TV shows. But unlike nearly every other kid, Sparks can now say that he’s played a role in helping to discover an ancient creature of his very own. The young man is being credited with the discovery of a 1.2 million-year-old fossil which he (literally) stumbled upon while playing around outside near his home in New Mexico.

Sparks was out with his family when he tripped over a strange bone. Initially thinking it was nothing more than the remains of a dead cow, the family decided to get in touch with Professor Peter Houde of New Mexico State University just to be sure. The bone, as it turns out, was most certainly not from a cow.

After getting permission from the landowner to excavate the remains, researchers discovered that the bones were that of a Stegomastodon. Past specimens have shown Stegomastodons to be massive beasts which weighed several tons and sported long curved tusks that stretched nearly 12 feet.

The animal which the young Sparks discovered isn’t fully complete, and still has one of its tusks missing, according to the researchers. However, the team believes that further remains may still be found near the original excavation site, and are planning to return at some point in the near future to continue their search. While not technically a dinosaur, the ancient creature is still an extremely impressive find, and for a 10-year-old, it’s just about as cool as it gets.