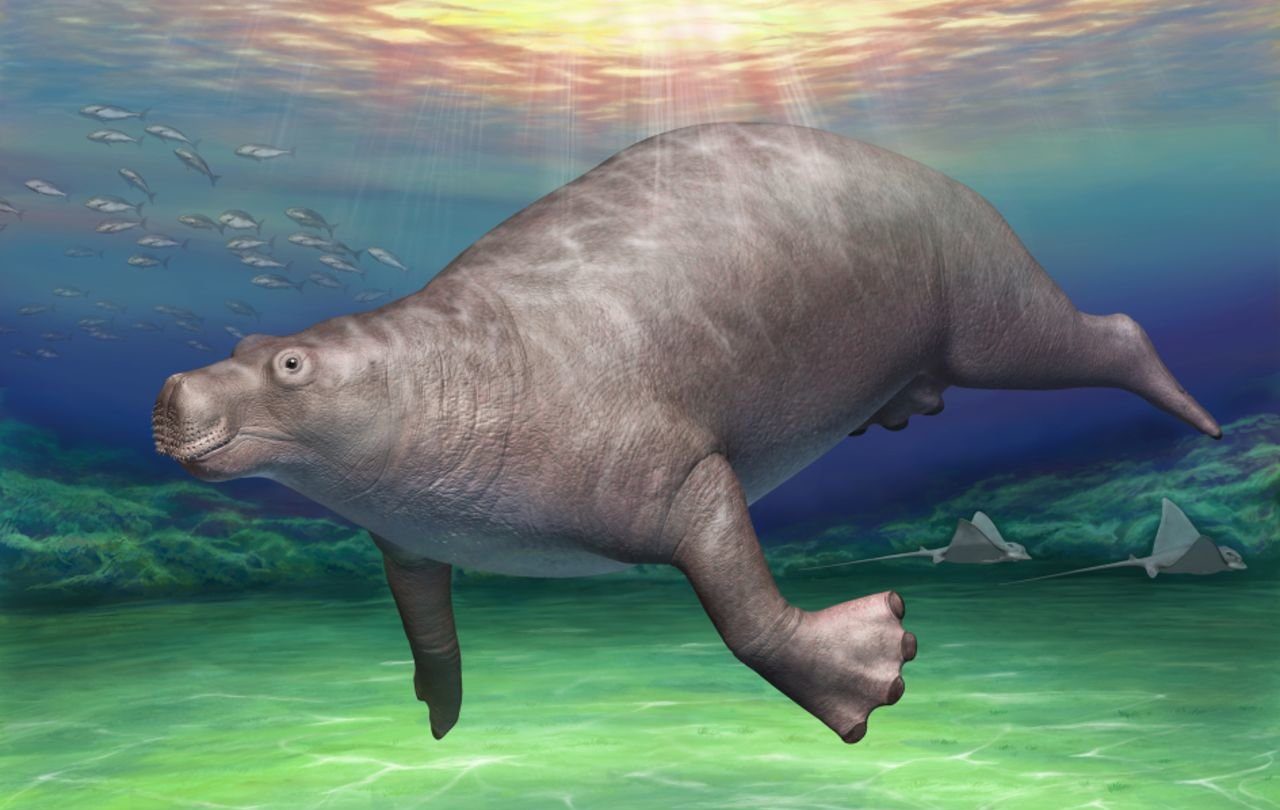 Finding an fossilized bone on accident might be a pleasant surprise for scientists, or even a kid, but when dam workers in Japan stumbled across a large bone back in the 1950s they didn’t really know what to do with it. The unidentified bone was presumed to be from a dinosaur, and while it was certainly an interesting artifact, the locals didn’t pay much mind to it. Now, after finally landing in the hands of paleontologists, it’s been properly studied. As it turns out, it wasn’t from a dinosaur at all.

The bone is actually the thigh bone of a long-extinct aquatic herbivore belonging to the genus Paleoparadoxia. The hippo-like creature isn’t nearly as old as the dinosaurs, but it might be just as interesting.

The story of how the bone was misplaced is a wild one. After its initial discovery many decades ago it was placed on display in a small village hall. Several years later, a fire decimated part of the town and the bone ended up in the back of a museum along with an original note from its discoverers who described it as a dinosaur femur. Last year, the bone was uncovered in a wooden box and that’s when scientists got their first look at it.

By comparing the bone to others from the same group of animals, the researchers were able to conclusively determine that the fossil was indeed a leftover from an ancient herbivore. Paleoparadoxia lived a long time ago, but not quite as far back as the dinosaurs. In a paper published in Royal Society Open Science, researchers estimate the bone to be approximately 15.9 million years old.

It is assumed that the ancient beast would have lived much like modern aquatic herbivores, eating sea vegetation to pack pounds onto its stocky frame. They would have been capable of walking along the the bottom of rivers and seas, only surfacing to grab another breath of fresh air and get a glimpse of its surroundings.