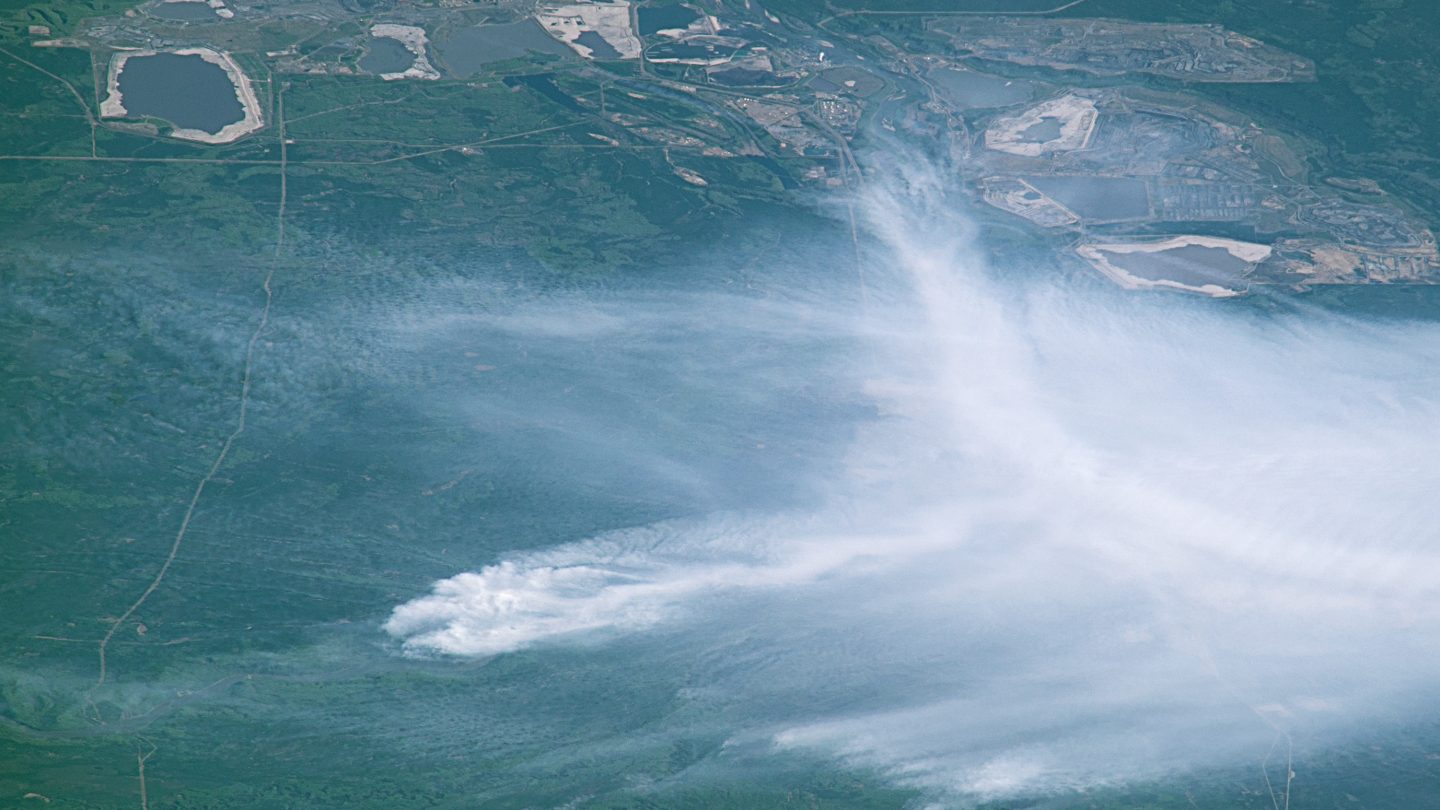 The Fort McMurray wildfire has captured devastation on a scale most of us can’t comprehend. Images from the ground and satellites have helped quantify the destruction, but this shot from the International Space Station somehow ties the scale of the destruction together much more clearly.

The photo was taken by an Expedition 67 crew member on May 14th, from 240 miles away. (Yes, the astronauts have some pretty sweet cameras.) The lower-angle shot shows a huge plume of smoke engulfing Fort McMurray — the town isn’t really visible, the smoke is so dense.

In the top of the river, you can see the Athabasca river, and the oil sands that give Fort McMurray a reason for existing. This photo was taken four days ago; since then, the fire has been driven further north, into the mining camps you can just see in the top of the image.

The photo was captured with a 500mm lens mounted on a Nikon D4, and has been modified to remove color artifacts. Other than that, it’s a natural-color image of the disaster, a little different to the satellite imagery that has been circulating that shows the extent of devasation to Fort McMurray.

This image, taken two days later by the Visible Infrared Imaging Radiometer Suite on the Suomi-NPP satellite shows the same fire from above. In that image, it’s clear (and slightly terrifying) how far the wildfire has spread in just 48 hours. Firefighters are continuing to battle the blaze, but until a combination of lower winds and rain comes together, it will be difficult to get the situation under control.