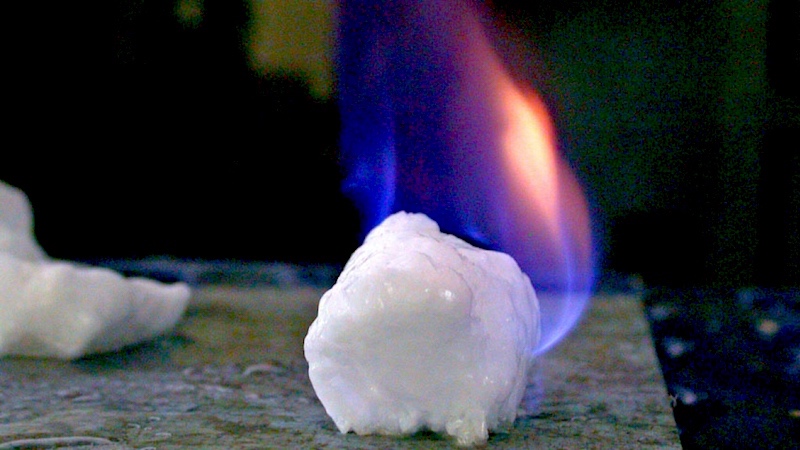 The future of energy remains an interesting and open-ended question, and Japan, interestingly enough, may play a pivotal role in how that future shakes out. More than a decade ago, scientists in Japan discovered an energy resource that may prove to be incredibly useful in the future, and we’re not talking about oil. Quite the opposite, we’re talking about flammable ice.

As noted by the BBC, the government in Japan is currently exploring the feasibility of using flammable ice as a common energy source. As the name alludes to, flammable ice is essentially a deposit of methane and frozen water. At a quick glance, the substance certainly looks like ice, but because of its chemical make-up,it will catch on fire if you take a match to it.

A video showcasing flammable ice in action can be seen below:

As cool and intriguing as that sounds, extracting said flammable ice in any meaningful quantities has proven to be somewhat challenging.

“It all comes down to physics,” the report notes. “Methane hydrates are simply too sensitive to pressure and temperature to simply dig up and haul to land. They form at typically several hundred metres beneath the seafloor at water depths of about 500 metres, where pressures are much higher than at the surface, and temperatures are close to 0C.”

As a result, simply going down and trying to bring up the ice to the surface causes everything to “break down before the methane can be harnessed.”

While scientists have seen some success with digging wells as part of an effort to extract the methane, there have been issues with sand getting into the pipeline. What’s more, playing around on the ocean floor could lead to unforeseen and potentially drastic consequences such as a tsunami

It’s also worth noting that Japan isn’t the only county eyeing flammable ice as an energy source as China has conducted research in the area as well. You can read more about the ongoing efforts to harness the energy of flammable ice over here.