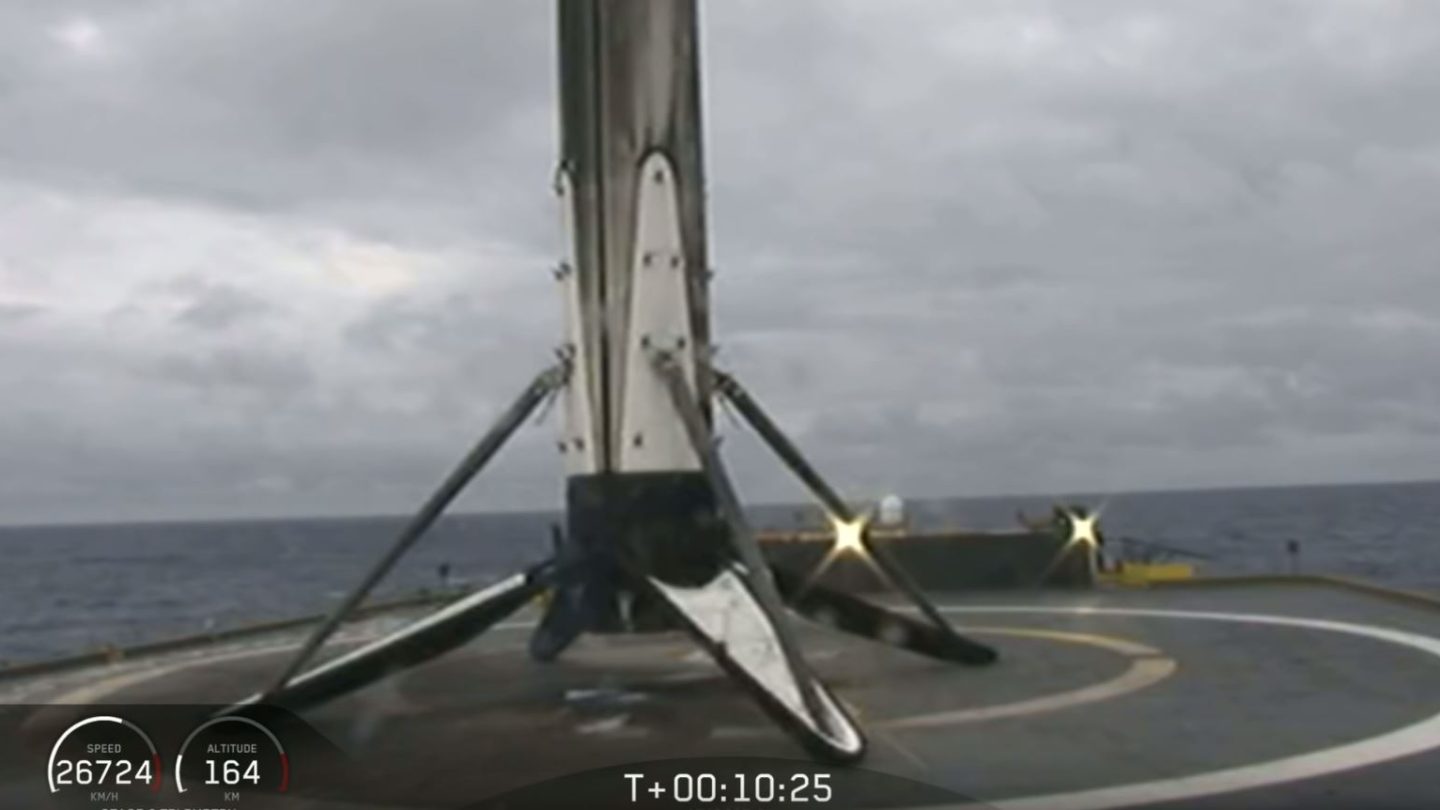 After several days of delays and multiple false starts, SpaceX finally launched its Falcon Heavy rocket for just the second time ever. The launch, which took place on Thursday evening, was a huge deal for the company, and it even surpassed the success of the first Falcon Heavy launch from early in 2018.

Falcon Heavy’s first flight was a history-making affair. The colossal rocket with its trio of boosters speeding into the sky was an awe-inspiring sight, and it was made even better when both of the side boosters made simultaneous landings back on Earth. Still, there was room for improvement, and SpaceX definitely improved.

The only blemish during Falcon Heavy’s first flight was the fact that its core booster failed to land on SpaceX’s drone ship positioned in the ocean. It splashed down, which isn’t ideal for a company that does everything it can to recover and refurbish its rockets for future use. Yesterday, things went much, much better.

Not only did both of the side boosters make another pair of simultaneous landings at SpaceX’s facility, but the core booster touched down gently on the company’s drone ship, too.

It was far from a sure thing, and to be honest, things looked a little bit dicey at first. After both the side boosters were safe and sound the live stream camera shifted to the remote feed from the drone ship, and just before the rocket touched down the feed died. The loss of signal came at the worst possible time, but just seconds after the rocket landed the feed was restored and the still-steaming rocket could be seen resting calmly on the landing pad.

It’s the first time SpaceX has ever accomplished a trio of booster recoveries from a single launch, and the first time that Falcon Heavy delivered a satellite into orbit for a paying customer. It was a big day for SpaceX, and they deserve plenty of congratulations.