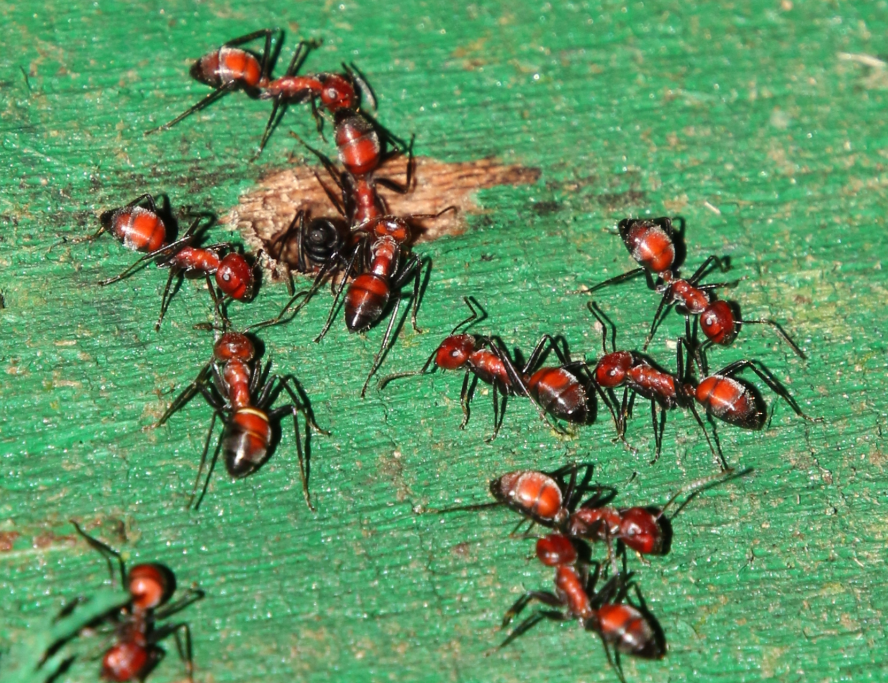 Ants are awesome little creatures and we already know that they have advanced survival tactics in battle, but the “exploding ants” that are found in Southeast Asia take the “colony first” mentality to a whole other level. A newly published study paints a detailed picture of the dozen-or-so species that fit into this category, and also revealed an entirely new species that researchers hadn’t expected to find.

As the name suggests, exploding ants are willing to sacrifice themselves for their colony in a dramatic way. No, they don’t carry tiny bombs into battle, but they are equipped with the ability to cause their bodies to burst open when engaging with a threat, such as another insect. It’s not just for dramatic effect; hidden inside the insect is a toxic goo that can dispatch or, at the very least, hinder the enemy.

As is the case with many ant species, not all of the ants of the species behave in this manner, and the exploding trick is typically displayed by front-line workers who are the colony’s first line of defense against destruction. Upon exploding, the ant dies a quick death, but the loss benefits the colony as a whole, and that strategy is one of the reasons ants are as successful as they are.

As Gizmodo notes, exploding ants have been known to scientists for some time, but a lack of research and new discoveries over the past century or so left scientists hungering for more information. An expedition to Southeast Asia helped to provide the details the researchers were looking for, and also resulted in the discovery of a new species of the ants.

The new species has been nicknamed the “YG ant,” which stands for “yellow goo,” the sticky substance this particular ant creates when it bursts opens. Its official scientific name is Colobopsis explodens, which gives you a pretty good idea of why the ant is unique before even seeing it in action.

Cracking open their own bodies to stop a threat may seem like a bit over-the-top, but it’s really no different than the sacrificial actions scientists have observed in other ant species. For example, a recent study of the African Matabele ant revealed that injured warriors will refuse medical treatment if they are too gravely injured to be saved.