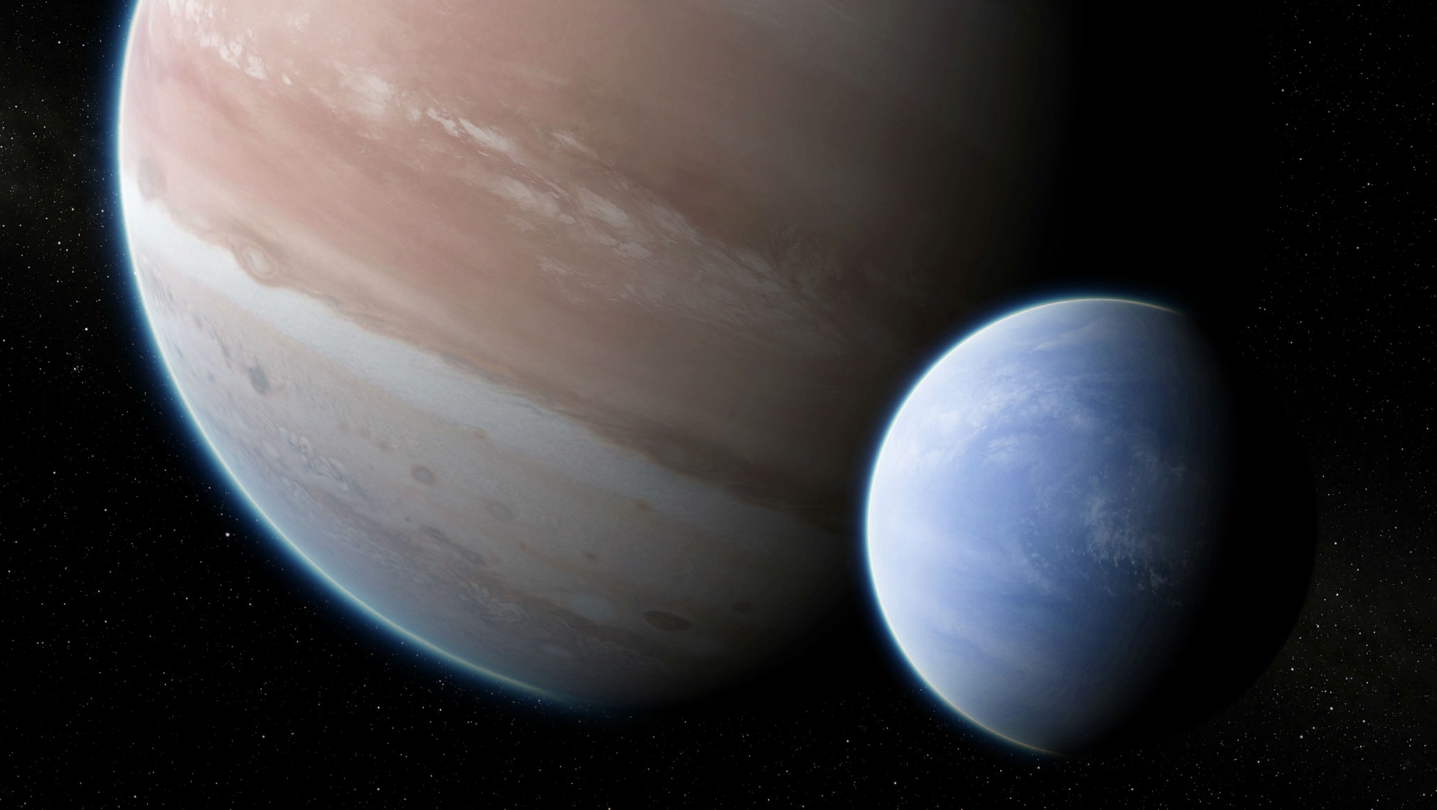 Spotting a planet orbiting a star 8,000 light-years away isn’t exactly easy, but modern telescope technology has allowed astronomers to accomplish such feats with shocking regularity, especially over the past half decade or so. We now know of thousands of planets that exist outside of our Solar System, but we also know from our own system that lots of planets have natural satellites.

Scientists have never had enough evidence to confirm that any exoplanet has a moon orbiting it, but that might be about to change. Kepler-1625b, a massive planet orbiting a not-too-distant star, seems to have a friend along for the ride, and scientists are racing to confirm their findings and declare it the very first alien moon on record.

In a new paper published in Science Advances, Alex Teachey and David Kipping of Columbia University present their case for the first “exomoon,” and it’s some pretty wild stuff.

Spotting an exomoon is done in largely the same way, and if the team’s measurements are on point we’re looking at an absolutely enormous moon and an even larger host planet.

According to the researchers, the data which was gathered from recent Hubble Space Telescope observations of the star Kepler-1625 shows that the exoplanet Kepler-1625b is several times larger than Jupiter, the largest planet in our Solar System by a mile. Its moon alone is estimated to be roughly the size and mass of Neptune, which has a radius four times that of Earth. Yeah, these are really, really big objects.

We likely won’t have total confirmation of the exomoon’s existence for some time, but advancing telescope technology will eventually allow astronomers to make definitive judgements on observations like this.