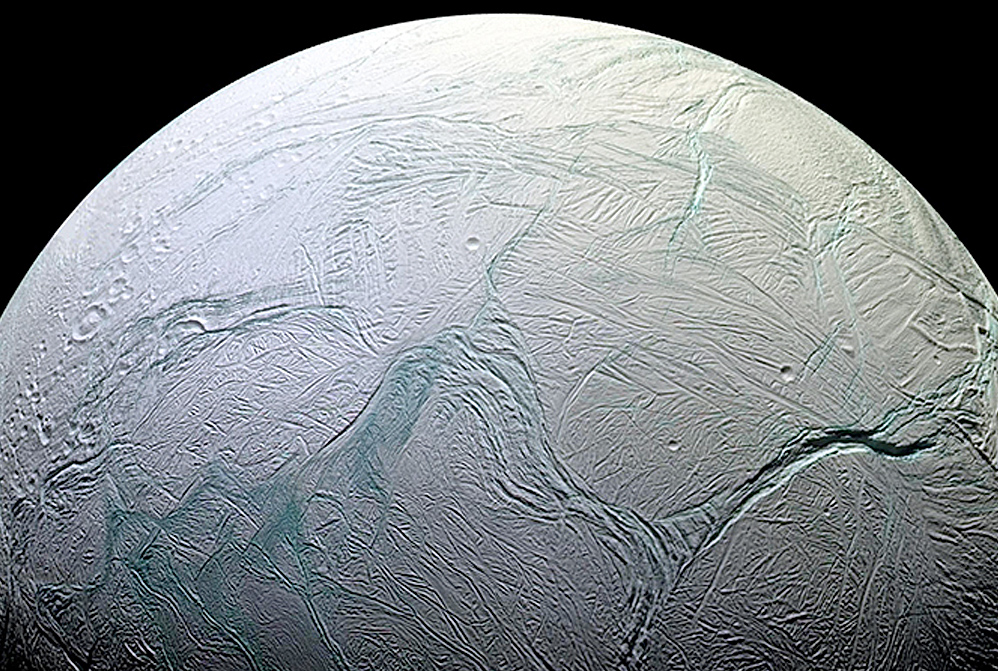 Of all the places in our solar system where life might be hiding out, Saturn’s frosty moon Enceladus might be the most tantalizing. The Moon is a vast ocean covered by an icy shell, and NASA’s Cassini mission offered intriguing glimpses of huge liquid water geysers erupting into space through cracks in the thick ice.

Enceladus is instantly recognizable thanks to its bold blue “tiger stripes,” which run parallel to each other across the moon’s south pole. Researchers have long wondered why this pattern emerged, and after carefully considering the possibilities and looking at all the available data, they think they’ve come up with the answer.

In a new study published in Nature Astronomy, a team of researchers at Carnegie Science offers their best guesses as to how the stripes formed, and why they persist over time.

“First seen by the Cassini mission to Saturn, these stripes are like nothing else known in our Solar System,” Doug Hemingway, who led the research, explains. “They are parallel and evenly spaced, about 130 kilometers long and 35 kilometers apart. What makes them especially interesting is that they are continually erupting with water ice, even as we speak. No other icy planets or moons have anything quite like them.”

Based on what we know about Enceladus, it’s believed that the ice near the poles of the moon is thinner than elsewhere on the frosty orb. As temperatures on the moon change gradually over time, lower temperatures lead to the freezing of the ocean below the surface. Water expands when it freezes, placing greater stress on the outer layer of ice, and eventually that stress causes the ice to fracture.