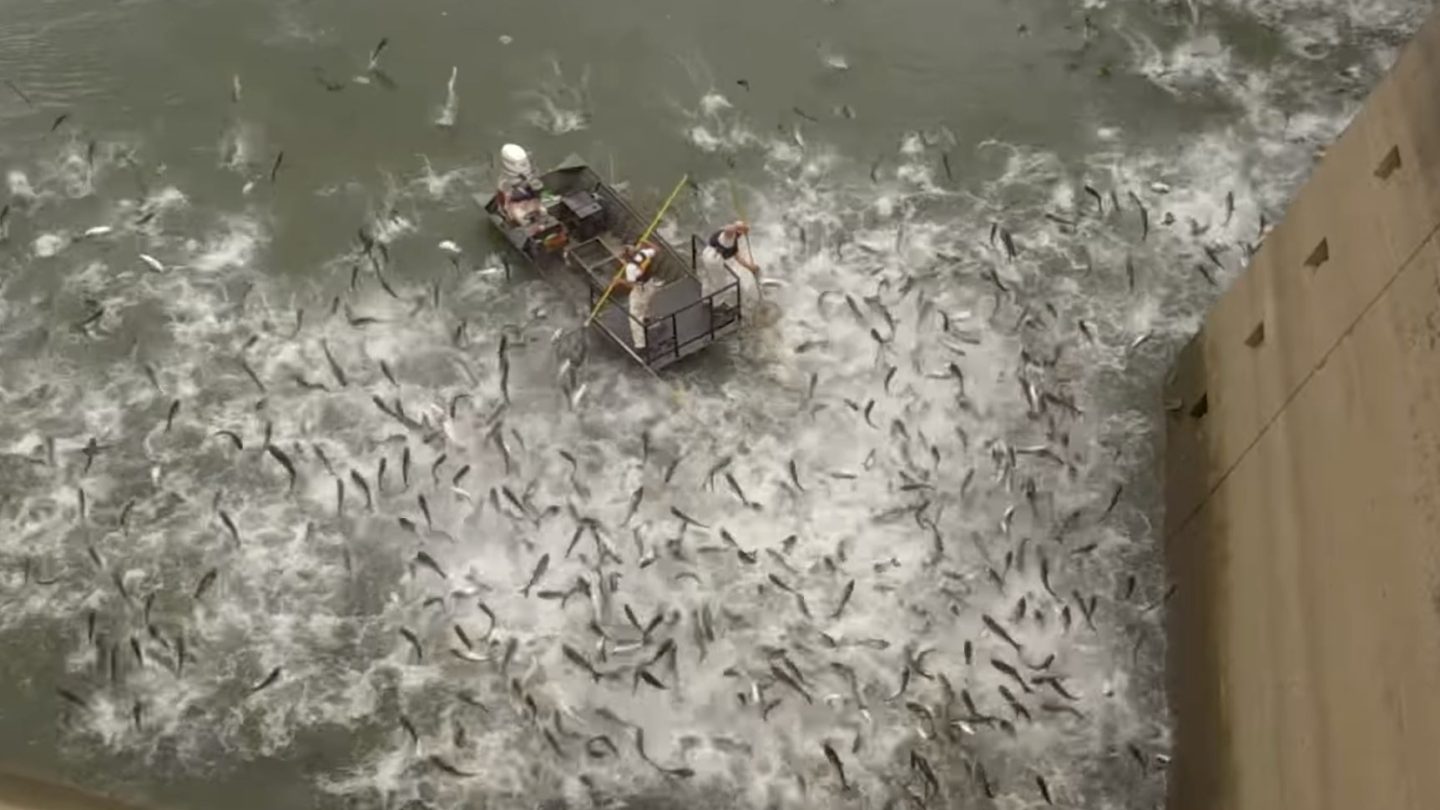 Invasive species can be a major problem no matter where they’re found, but for researchers trying to combat invasive fish species, the challenges are unique. In Kentucky, wildlife officials are doing their best to fight back against an invasion of Asian carp, and they’re using electricity to do so.

Monitoring the status of the Asian carp population is difficult because, well, the fish are hard to see underwater. Large nets aren’t necessarily the best option for smaller bodies of water, so the Kentucky Department of Fish and Wildlife Resources decided on electrofishing instead, and video of the operation is truly incredible.

Electrofishing is exactly what it sounds like: using electricity to catch fish. The department used a special boat equipped with electrodes that penetrate the surface of the water. When an electric current is pumped through the system it passes through the water and affects all the fish in the immediate area, causing them to spasm and, in many cases, jump above the water.

The fish aren’t immediately killed, but rather stunned. The effect only lasts for seconds, but that’s long enough for wildlife officials to scoop them up and place them in holding bins, allowing department experts to get a better idea of how large the invasive species population is.

Some wildlife organizations use electrofishing simply to survey or tag fish, quickly returning them to the water unharmed. However, because the Asian carp are an invasive species, the fish caught in the video were ultimately harvested and sold.

The species has become a major problem in the United States since it was introduced decades ago, rapidly spreading throughout the Mississippi, Missouri, Ohio, and Illinois river systems. In Kentucky, wildlife officials will be testing a new “bio-acoustic fish fence” to see how well it works against the influx of the troublesome fish.