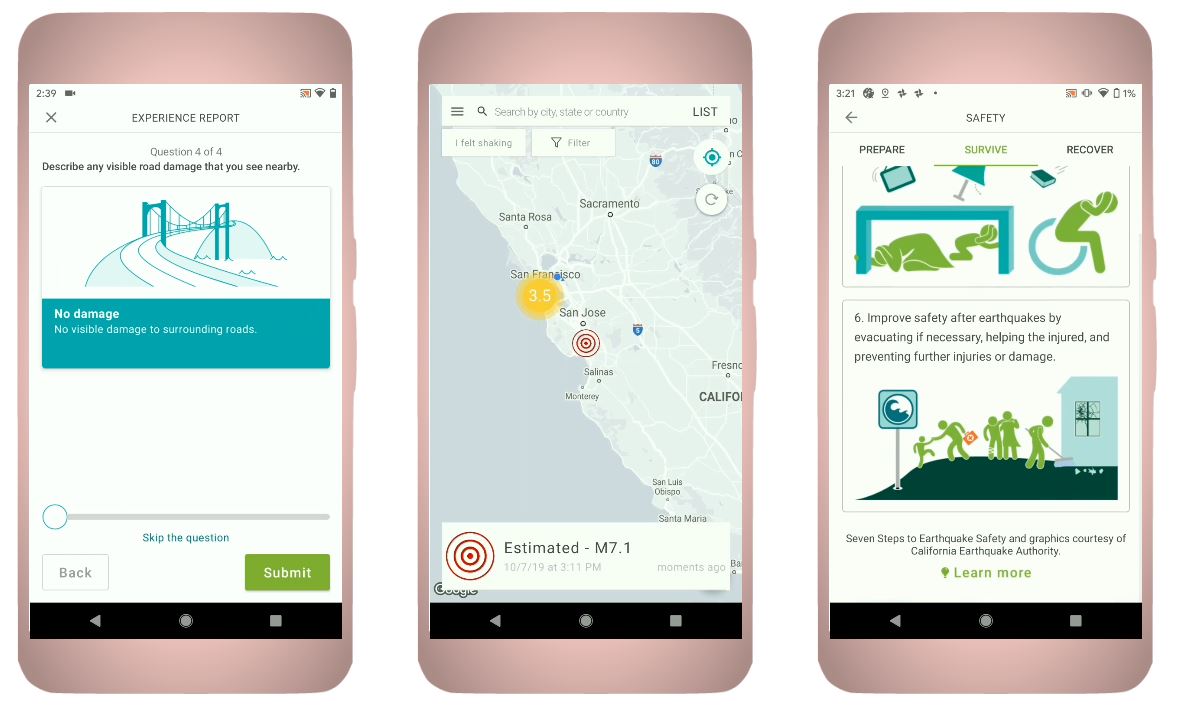 Earthquakes can be incredibly devastating natural events, and the key to preserving life during a quake is a system that can alert people to a quake while they still have enough time to head to a safe place to ride it out. With that in mind, researchers have been working on early warning systems that could save lives, and the MyShake app, developed by UC Berkely, is one such option.

The app, which was only just released this past October, has already gotten the chance to flex its muscles, sending out its first public alert on Tuesday and warning dozens of people within the quake’s radius that the ground was about to become unsteady.

As the Los Angeles Times reports, the app’s first formal alert was triggered by a magnitude 4.3 earthquake that sprung up between the Central Coast and San Joaquin Valley, a mountainous area that isn’t a huge population center. Based on their proximity to the quake’s epicenter, individuals with the app were alerted that the quake was coming.

The entire system relies upon highly sensitive instruments scattered all over the West Coast. The sensors feed data constantly and, in the case of Tuesday’s relatively mild quake, it only took 8.7 seconds between the beginning of the earthquake and the sending of the alert that warned users it was coming.

Earlier this year, the city of Los Angeles came under scrutiny for the functionality (or lack thereof) of its own quake early warning app. Called ShakeAlertLA, the app is designed to work in much the same way, warning people in the area that an earthquake is coming, but the threshold for its alerts was considered too low by many of its users. The app developers tweaked its threshold limits to allow for more quake alerts to pass through.