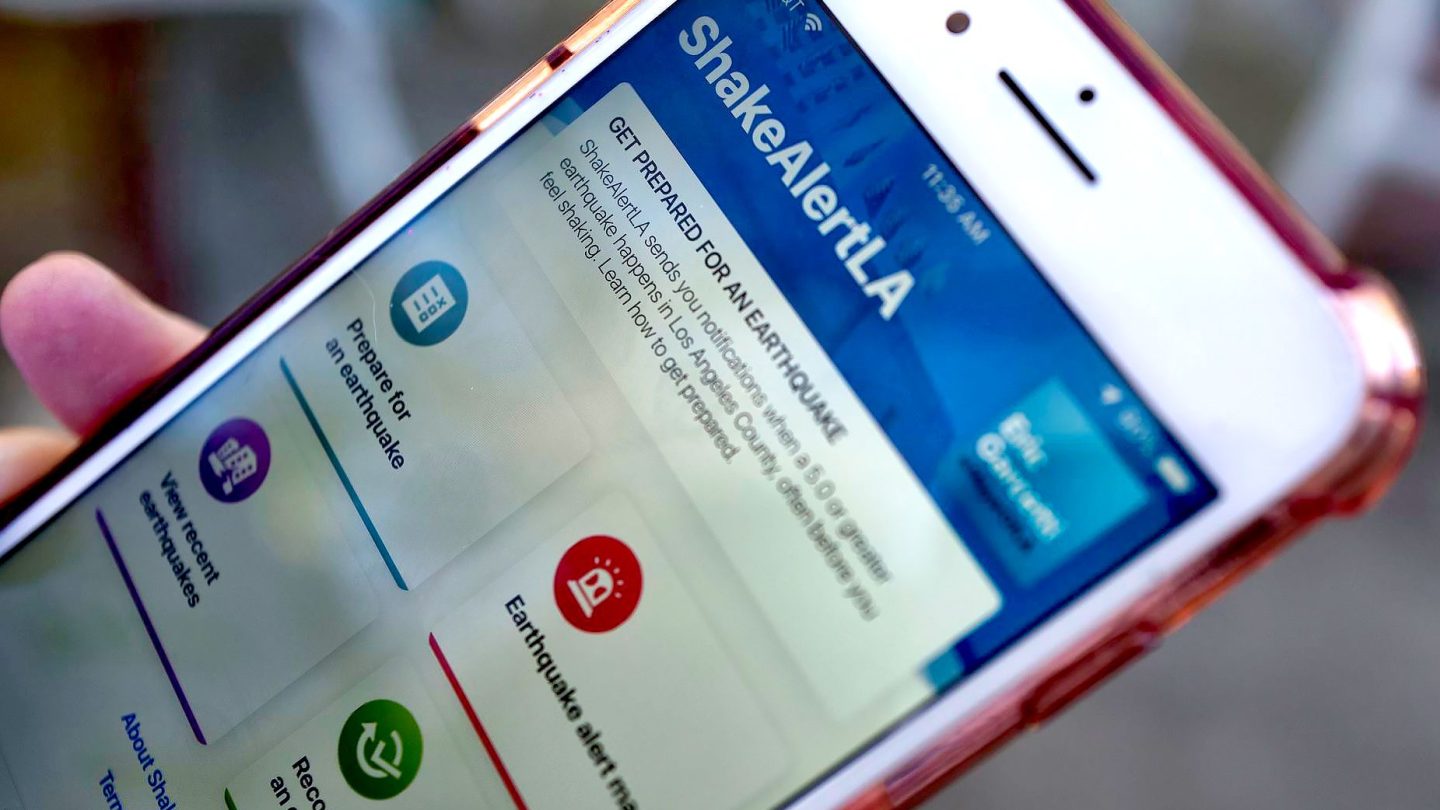 Earlier this year the city of Los Angeles launched its very own earthquake warning app. It’s called ShakeAlertLA, and it’s supposed to alert “users within Los Angeles County that an earthquake of greater than magnitude 5.0 or level IV intensity has been detected.”

It worked great, and people are incredibly disappointed in it.

Both of those things are unfortunately true, and it all stems from the fact that the app didn’t do anything at all. The over half-a-million people who downloaded the app didn’t get an alert before, during, or after the quakes on July 4th and 5th, and according to L.A. county, that’s exactly what was supposed to happen.

As the Los Angeles Times reports, there was plenty of discussion prior to the app’s launch as to what the minimum threshold for an alert should be. Ultimately the team of researchers working on the app decided on a magnitude of 5.0 for the lower limit.

When the holiday weekend quakes occurred, they were detected within seconds and that information flowed through the correct channels. However, because the earthquakes never produced enough shaking in L.A. county to register above “Level 3” on the Modified Mercalli Intensity Scale, no alerts were forwarded to users of the ShakeAlertLA app.

According to the United States Geological Survey, Los Angeles didn’t experience severe shaking, which was isolated to areas like the city of Ridgecrest, over 100 miles away. The most intense shaking experienced within L.A. county was simply below the app’s threshold, and no alert was produced.

Still, L.A. residents wanted more out of the app, and that’s pretty understandable. Because of the outcry, the app’s developers have decided to lower the threshold for quake intensity from a magnitude of 5.0 to 4.5, including any quake that produces “weak” shaking, according to the paper.