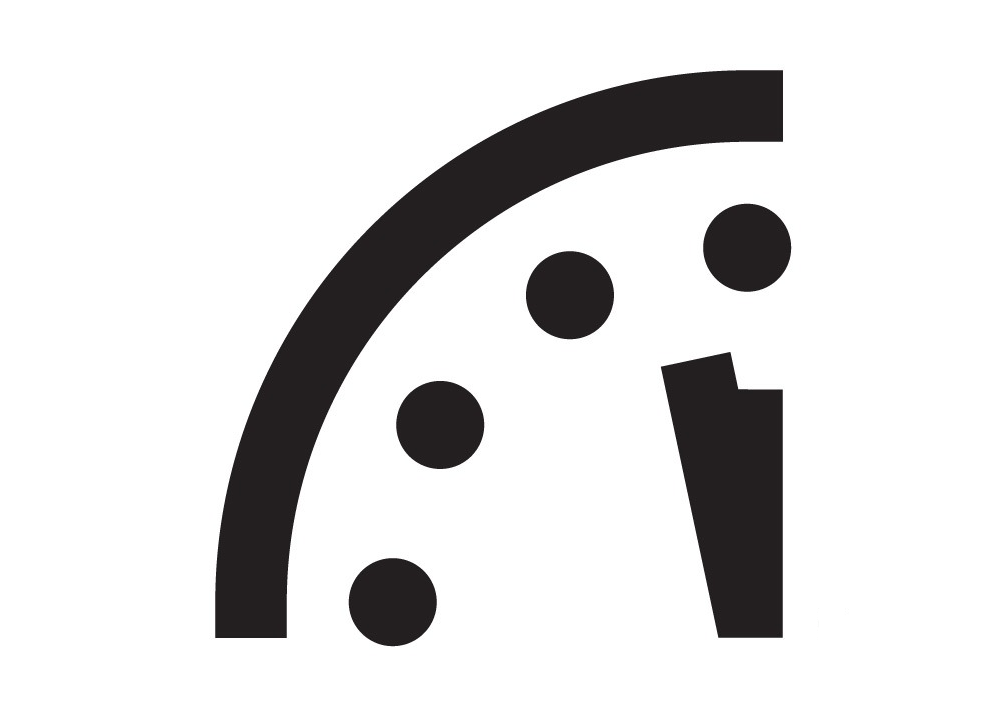 The Doomsday Clock, which was bumped up to just two minutes from midnight in early 2018, remains at the same setting for 2019. It’s the closest the clock has ever been to midnight, matching the same setting it achieved in the 1950s during the height of the Cold War.

Mankind has a nasty self-destructive streak that we can’t seem to shake, constantly warring for one reason or another, building more and more devastating weapons, and failing to moderate our impact on the environment. Since 1947, the Bulletin of the Atomic Scientists has maintained the Doomsday Clock which serves as an all-encompassing symbol of how close or far we are to total annihilation.

The late 1980s and early 1990s saw a period of dramatic improvement for the Doomsday Clock. “Midnight” on the clock is the symbolic end of modern humanity in the face of an apocalypse, and the clock has over 20 changes in its many decades of existence.

As the Cold War began to fizzle and eventually cease in the late 1980s and early 1990s the clock reached 17 minutes to midnight, the farthest it had ever been set. Since that point, concerns over nuclear weapon stockpiles, rogue military groups, and climate change have pushed it closer and closer to symbolic catastrophe.

The bulletin’s statement on the Doomsday Clock’s current status is something you should definitely read in full, but here’s a brief snippet to give you an idea of where the scientists are coming from:

Humanity now faces two simultaneous existential threats, either of which would be cause for extreme concern and immediate attention. These major threats—nuclear weapons and climate change—were exacerbated this past year by the increased use of information warfare to undermine democracy around the world, amplifying risk from these and other threats and putting the future of civilization in extraordinary danger.

The nonprofit group of researchers who contribute to the report and ultimately decide how it is set express concern over the United States’ withdraw from nuclear arms agreements and worry that we are moving closer to yet another Cold War-esque arms race that could result in nuclear war.

On top of that, climate change is causing more intense storms the world over, with coastal cities being hit with devastating hurricanes, wildfires burning out of control, and severe weather events occurring with shocking regularity. Let’e just say there’s been better times to be on planet Earth, and we need to take these threats seriously if we’re to expect to continue living.