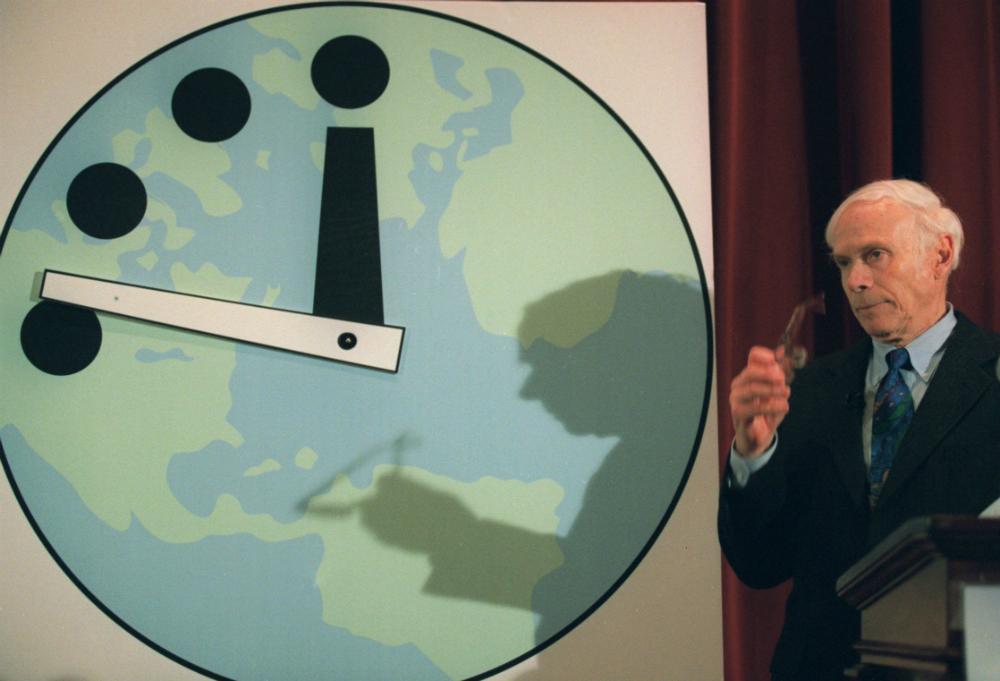 You might not worry too much about the probabilities of a global catastrophic event that will wipe out life as we know it, but there are scientists who do that for us. It’s currently three minutes-to-midnight, which is the same place it was set last year.

Every year, The Bulletin of the Atomic Scientists organization unveils a new “time” for this metaphorical clock, Associated Press reports. Last year, the minute hand dropped from five minutes-to-midnight to three minutes on account of climate change, modernization of nuclear weapons and the nuclear arsenal currently deployed around the world.

The organization was founded in 1945 by researchers at the University of Chicago who helped develop the first atomic weapons. The “Doomsday Clock” was inaugurated two years later, with midnight symbolizing our demise.

The worst time for humanity was in 1953 when both the U.S.S.R. and the U.S. detonated hydrogen bombs in tests. But the minute hand of this clock also goes back in time, which means the future is not written yet. In 2010, time went from five to six minutes-to-midnight, following an agreement to limit the rise in global temperature and nuclear talks between the U.S. and Russia.