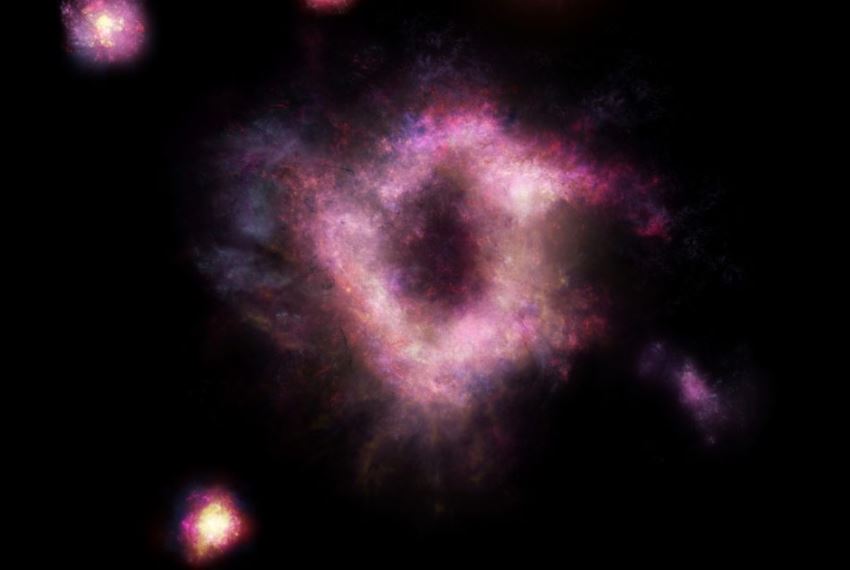 Well, it looks like astronomers have finally found the absolute best possible thing they could ever hope to find when gazing deep into the cosmos. No, I’m not talking about alien life or the fountain of youth. Both of those things pale in comparison to the discovery recently revealed in a paper published in Nature Astronomy. Scientists found… a donut galaxy.

Okay, so maybe it’s just a big “cosmic ring of fire,” but it sure looks like a donut. And if it were a donut, I bet it would be absolutely delicious, especially if you dipped it in the Milky Way. (Get it?)

Seriously though, the discovery is pretty cool. The galaxy, named R5519, sits a whopping 11 billion light-years from Earth. That means that what we see when we’re looking at it is how the galaxy looked 11 billion years ago. It’s absolutely ancient to our eyes, and it’s a real weirdo as far as galaxies go.

“It is a very curious object that we’ve never seen before,” Dr. Tiantian Yuan, lead author of the study, said in a statement. “It looks strange and familiar at the same time.” Yeah, it looks familiar because it’s what I ate for breakfast this morning.

And what exactly is this bizarre galaxy doing right now? Or, should I say, what was it doing 11 billion years ago? Churning out stars like some kind of overstaffed factory. “It is making stars at a rate 50 times greater than the Milky Way,” Yuan says. “Most of that activity is taking place on its ring – so it truly is a ring of fire.”

The name sort of gives it away, but a collisional ring galaxy forms due to dust-ups with other galaxies. It’s incredibly rare to see one like this, and it’s even rarer to see one that is so old. It’s cool to look at, but it’s also helping astronomers better understand the intricacies of galaxy formation.

“In the case of this ring galaxy, we are looking back into the early universe by 11 billion years, into a time when thin disks were only just assembling,” study co-author Kenneth Freeman said in a statement. “For comparison, the thin disk of our Milky Way began to come together only about nine billion years ago. This discovery is an indication that disk assembly in spiral galaxies occurred over a more extended period than previously thought.”

It still looks pretty tasty to me.