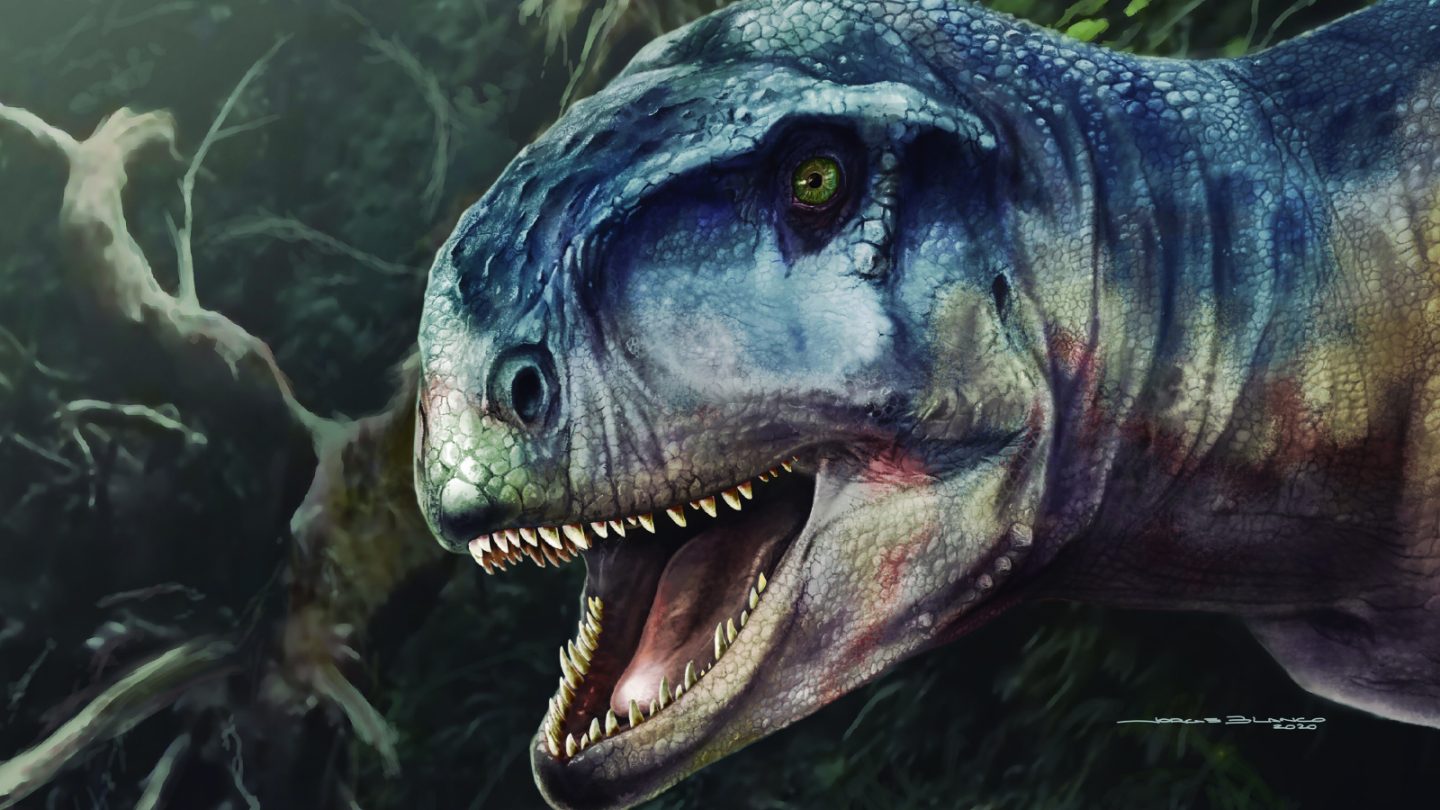 If you were roaming around the Southern Hemisphere roughly 80 million years ago there are a number of things you’d have to watch out for. Predators were plentiful and if you weren’t big and bulky with thick skin and armor plates, or perhaps incredibly fast, you might not last very long. In the north, dinosaurs like the tyrannosaurs ruled, but in the south, the picture is a bit hazier. Now, a new discovery of an ancient “top predator” helps to make things clearer.

In a new paper published in the Journal of Vertebrate Paleontology, researchers describe the new species known as Llukalkan aliocranianus, a bipedal dinosaur whose name means “one who causes fear.” If that moniker wasn’t enough of a hint, the researchers say that this creature was “likely among the top predators” of its age, prowling Argentina with a skull that may have given it some distinct advantages over its tyrannosaur cousins.

According to the scientists, the dino may have reached up to five meters in length, or a little over 16 feet long. That’s a great deal shorter than the 40-or-so feet of length that the Tyrannosaurus rex could achieve, but this newly-minted dino species had some other tricks up its sleeve.

The skull of Llukalkan aliocranianus was odd, at least in comparison to other dinosaurs of its time. Its snout was somewhat stunted compared to other predators but was still lined with incredibly sharp, dagger-like teeth. These would have allowed it to rip and tear at prey with ease and the scientists believe it had an “extremely powerful bite.”

The dinosaur also had a finely-tuned sense of smell and, based on the features of its skull, it’s believed to have had much better hearing than its nearest dino relatives. So, it was basically a shrunken-down tyrannosaur with all of the key features, a great sense of smell, and better hearing. Yeah, it definitely sounds like something that would “cause fear.”

“This is a particularly important discovery because it suggests that the diversity and abundance of abelisaurids were remarkable, not only across Patagonia, but also in more local areas during the dinosaurs’ twilight period,” Dr. Federico Gianechini, lead author of the study, said in a statement. “This discovery also suggests that there are likely more abelisaurid out there that we just haven’t found yet, so we will be looking for other new species and a better understanding of the relationship among furilesaurs.”

Of course, it’s impossible for us to know for sure what the behavior pattern of any dinosaur may have been like. We can’t say with certainty that this new beast was running around on a killing spree, but we do know that it had all the tools to be able to do so whenever it wanted.